Tunnel enthusiasts and conspiracy theorists will be well aware of a large tunnel running under Whitehall — often codenamed as Q-Whitehall.

A few years back I acquired a copy of one of the very few authoritative reports about the tunnel, published just after the war as an internal Post Office magazine, and wrote about it here.

Well, the tunnel is still in use, apparently, and the documents about some upgrades that were carried out to it during the cold war are sealed in the National Archives until 2028.

However, although few other records have been released, the early construction work is not classified, and in addition to the document I wrote about earlier, British Telecom have just released a few photos of the construction of the tunnel.

Built pretty much as a tube tunnel would have been dug at the time – namely by hand using a tunnelling shield, it is essentially a tube tunnel for phone cables, which is apt, as the government used tube tunnels to carry telecoms cables to vital buildings as they would be less susceptible to bomb damage. 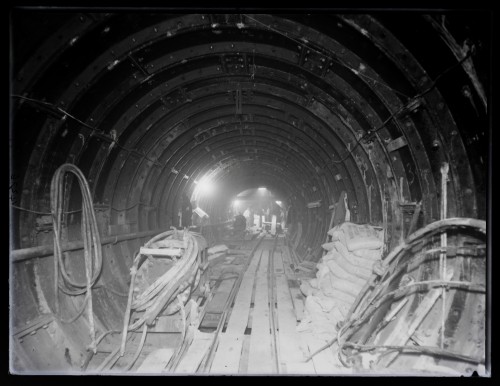 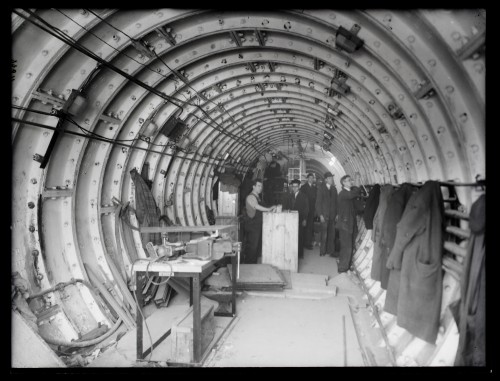 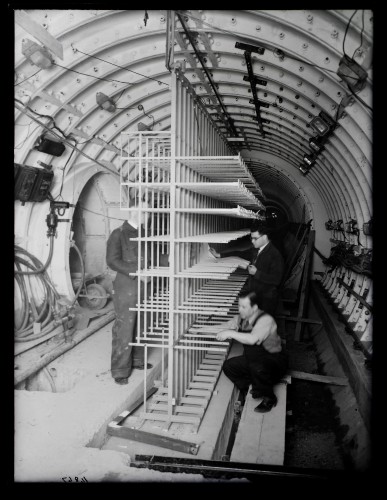 All the photos are being released under a Creative Commons license, and you can see the full set here.