A festival of vintage computer games at the Science Museum

A long cavernous space within the Science Museum has been filled with over 160 retro computer games, from the earliest Pong to fairly recent 3D virtual reality headsets.

Dark with music mixing in with the sounds of computer generated explosions and whoops of delight as a variety of aliens are dispatched in seemingly limitless manners. 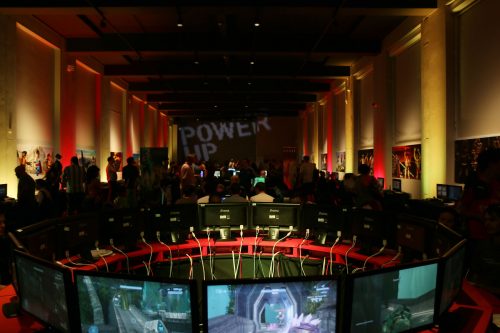 Running until Sunday 7th August, Power UP features video games, computers and consoles from the past 40 years. Everything on display can be touched and played, and on the opening night, was being touched and played with. 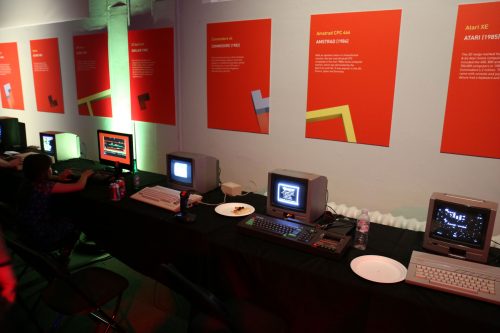 The big screen modern day shoot-em-ups were unsurprisingly the main draw, but along one wall is my kind of computers, the Spectrums, the BBC Micros, the Ataris and Commodore C64. 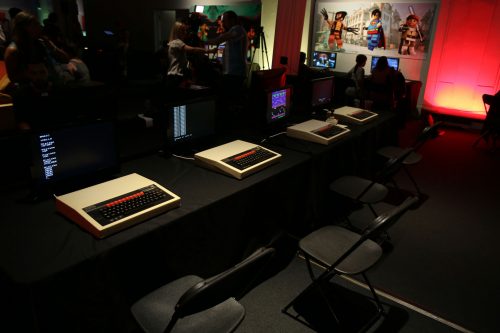 A mum was playing Frogger, while others tried to draw down on faded memories to type that innevitable “IanVisits woz ere” on the screen. Was it GO TO or GOTO? A few experiments, and while shooting an alien thrilled some, a screen of text on a B&W monitor was just as exciting for others.

A dose of Chuckie Egg, some Space Invaders, a bit of Pac Man. It’s a nostalgia fest. 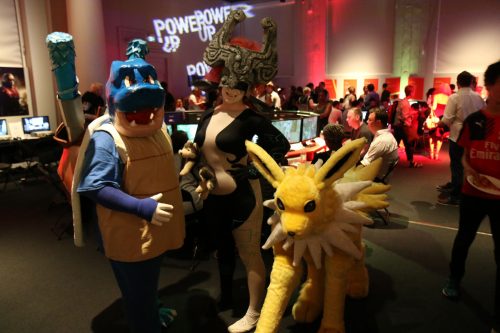 What is disorienting though is that the big box with buttons was more often than not a very personal experience in a quiet bedroom. Hours coaxing a tape deck to load that copy of Manic Miner borrowed from a friend at school that never really loaded properly.

Even more hours typing in code from magazines. Silent hours of toil for moments of pleasure. All in silence.

Here is a cavernous noisy hall surrounded by shouts and sounds. And yet, despite that, they all fade away when you sit down in front of the computer you once owned once more and type that famous command: 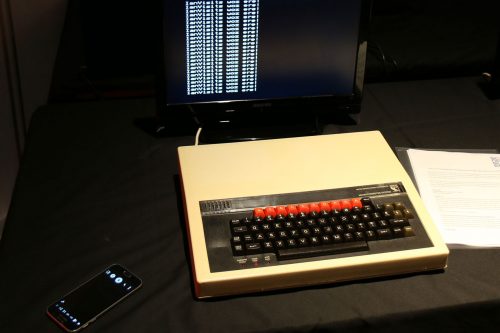 Tickets can be bought on the day from the museum but advance online booking is recommended for the four times daily 90 minute sessions, which start at 11am. Day passes and family tickets are available.

Adult Only sessions for ages 18+ are also running in the evenings on 29 July, 30 July and 5 August and Power UP will run as part of the Science Museum’s July Lates on Wednesday 27 July.

Tickets are available to book now via www.sciencemuseum.org.uk/powerup