A dystopian delight of Sci-Fi on display at the Barbican

A vast display of science fiction memorabilia is filling an inky black space within the brutalist heart of the Barbican at the moment.

Running in a general layout that is either historical, or thematic, the display starts in Victorian times and moves into the future. It also shifts from individual exploration towards massive architecture.

As with anything to do with science fiction, things have to be left out, so rather than trying to be a big display of modern stuff, it’s more interesting, in that it shows off aspects of science fiction genre that fans of TV shows might not be familiar with.

What the exhibition really shows though is how fiction surprisingly closely matches the reality of the world around us. Before air transport, science fiction delved into the ground like coal miners for hidden realms beneath, or travelled to distant lands where giant monsters roamed. 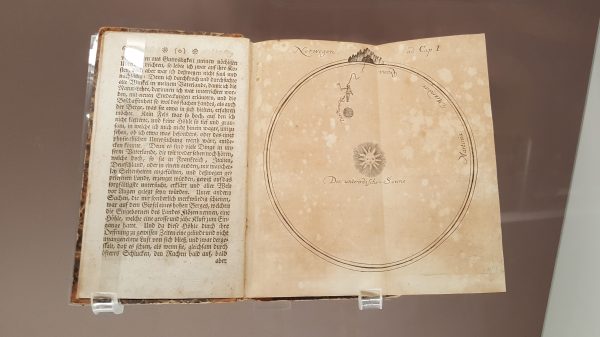 When air travel came along, from balloons to planes, science fiction took to the skies, and later further as rockets morphed from weapons of destruction into the adventuring ships of the future.

All the time, mankind has been seeking new frontiers to pass through.

Not just the physical though, the future reflects the paranoia’s of the time, from dystopian visions to shiny glorious visions of utopias. The future also reflects social trends of today. If you look at Victorian visions of today, it was as socially stratified as the Victorians. Only the upper classes would travel to the hidden lands. Later it was the middle-classes in the modern cars, or rockets travelling to distant lands. 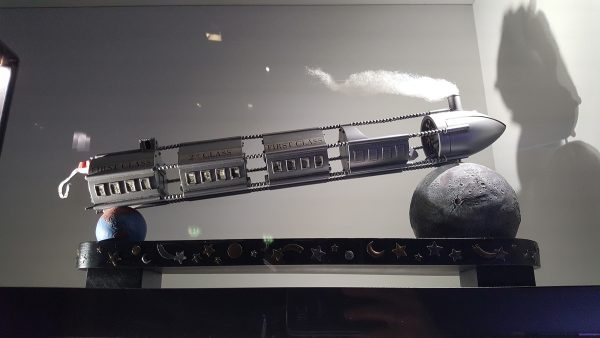 Today, much is more down to earth, ordinary folk doing ordinary work in futuristic lands. Whether soldiers fighting the Vietnam wars of the future, or long distance truckers delivering Aliens.

The displays are a mix of the genres, with a large collections of books and drawings, and a lot of film props.

Unfortunately, as they are visually the most interesting aspect, the film props do rely a bit too much on you knowing the films they are from. I was a bit underwhelmed by some sections which focus on recent films I’ve never seen, even though those displays will probably have exactly the opposite effect on others.

Then again, I was delighted to see some props from rather more obscure films, and many people seemed excited at the sight of John Hurt’s spacesuit from Alien looming down at them. 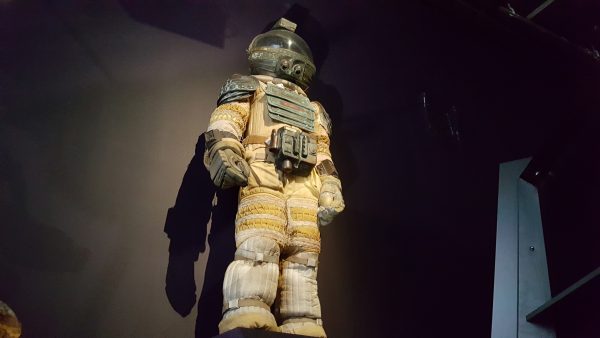 The descriptions are brief, simple cards saying what and where, interspersed with a few larger cards explaining the general development.

It’s not a display that is designed to tell a specific story or follow a narrative. Although laid out loosely in themes, it’s more a cluster of displays that offer moments of delight.

This display largely misses out two of the big brandnames in modern science fiction, although there is a nod, in the Darth Vader helmet, and some sketches for films, and a single, rather plain looking red suit for Spock from the first of the Star Trek films.

Contrary to popular belief, red uniform wearers were not overly predisposed to being killed. 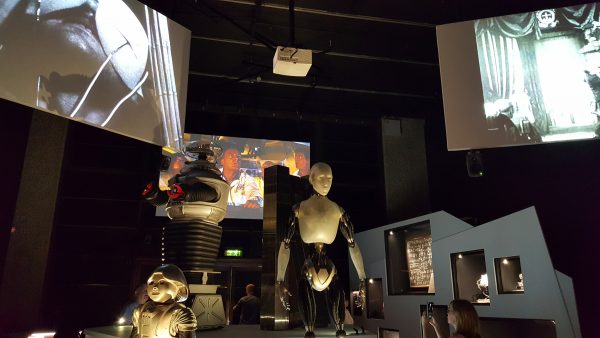 One aspect of the genre which is strongly represented here is Soviet artwork. The Russians were just as facinated by a future dominated by large rockets, space stations and uplifting visions as the West, and their art is on display in the form of comics and posters.

Photography is allowed, except where not, and not happens to be just one small case, but what a display it is — a handful of stills from Blade Runner looking more like real life holiday snaps than a fantasy future.

Blade Runner is also the perfect way to look at the end of the display, which focuses on the visions of cities of the future. Images that were once seen as great ideas for great mega-cities, with tall towers and flying machines all over the place now seen as a hellish vision on earth.

Accompanying the displays in cases are a large number of screens showing clips from films and TV shows, and a general science fiction soundtrack that adds to the otherworldly atmosphere that’s been created here.

Whether mankind will head into a white sanitised future, or something darker is left hanging in the air.

The exhibition, Into the Unknown A Journey through Science Fiction is open until 1st September. Entry costs £14.50. 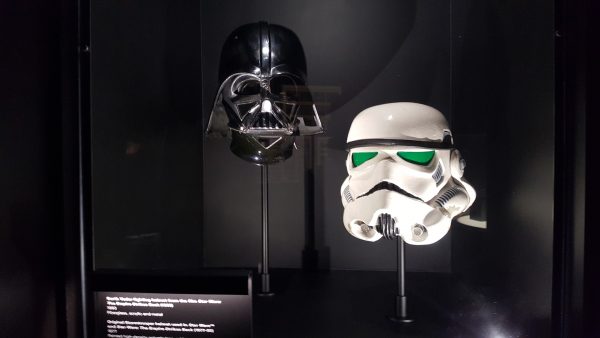 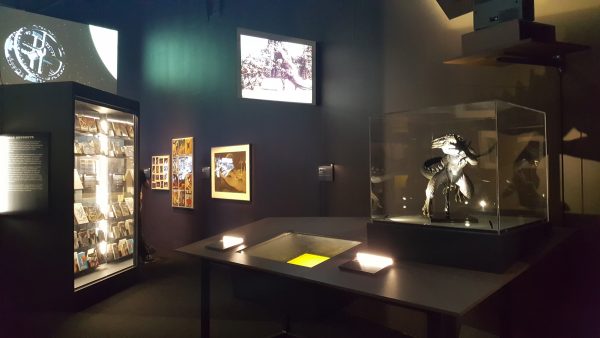 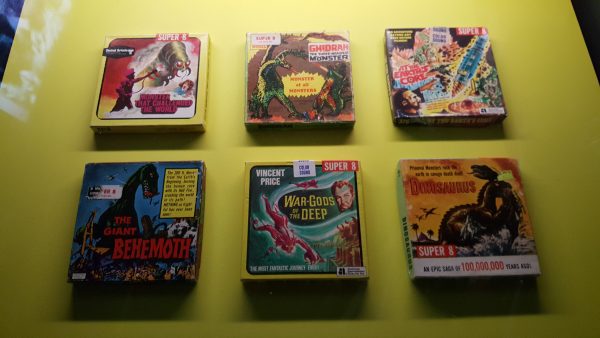 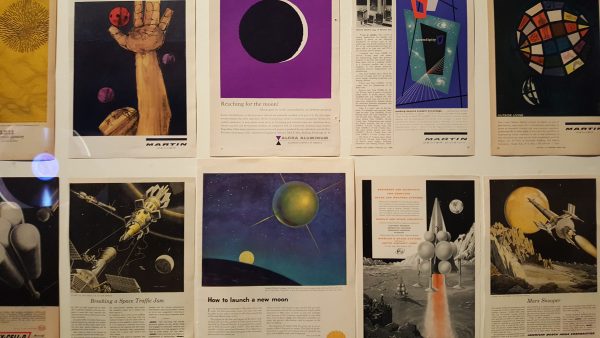 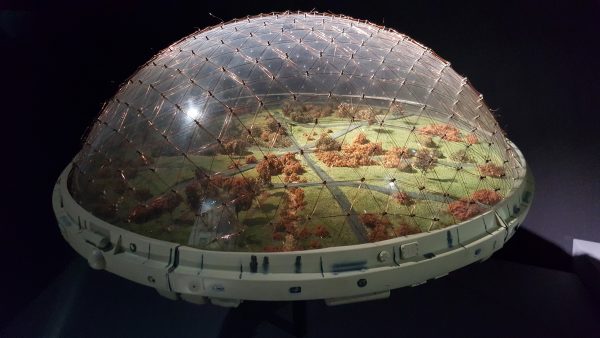 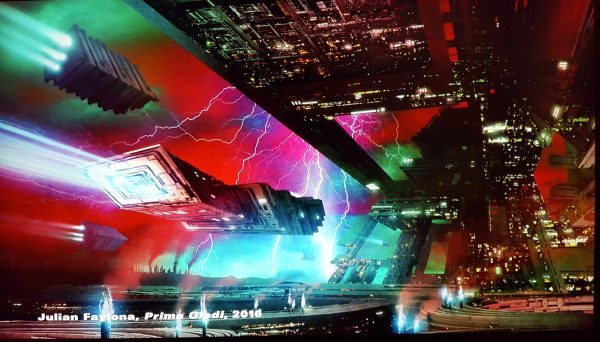