A church with a routemaster bus stained glass window

On site of an ancient church stands its modern successor, and a most curious set of modern stained glass windows. 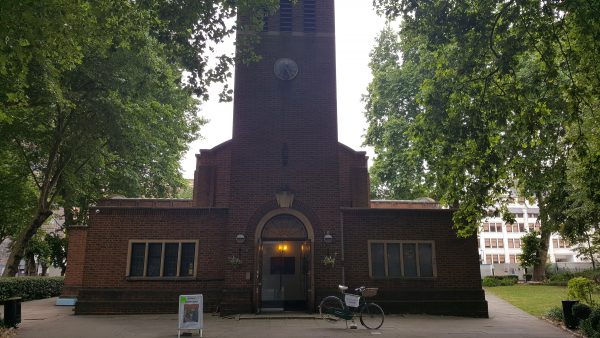 This is Christ Church Southwark, and there has been a church on the site since it was all fields around here, at least since the 1670s.

The original church was paid for by a charitable foundation set up by John Marshall, a baker, and that charity, the Marshall’s Charity still functions to this day, supporting the restoration of old churches, and local students in Southwark.

But, back in 1671, Christchurch was built by the charity, but it was totally destroyed by enemy action during WW2 and re-built in 1960, and remains in the ownership of the Charity, who also retain the patronage of the benefice.

The current church, the 3rd on the site is done in stern brickwork to the designs of R Paxton Watson. It contains contemporary stained glass by Frederick W Cole and later work by others, it is now a listed building, principally for its stained glass. 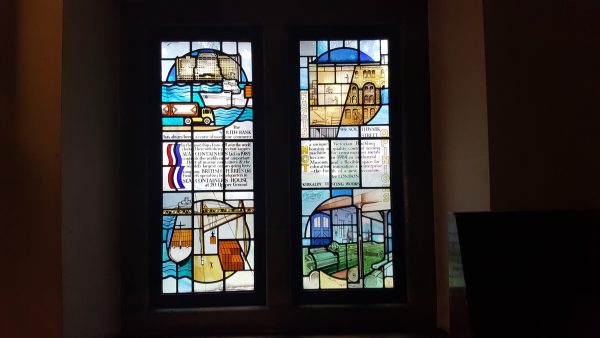 Industrial Missions were established by the church in the mid C20 to provide ministry to workplaces. This association between the church and the world of work is why it is now noted for the very modern stained glass windows, depicting some of London’s most famous buildings and conveying a particular iconographical message about celebrating ordinary lives

Each window comprises two panels, the larger at the top portrait-orientated above a smaller panel in a landscape orientation, between which is a cartouche bearing emblems associated with each theme.

The attention to detail is remarkable. In the window featuring the Routemaster, for example, the bus stop lists the numbers 4, 45 and 63 buses as stopping there; the latter two buses still stop outside the church.

Bus route 4 stopped serving the area in 1966, just six years after the stained glass window had been completed. 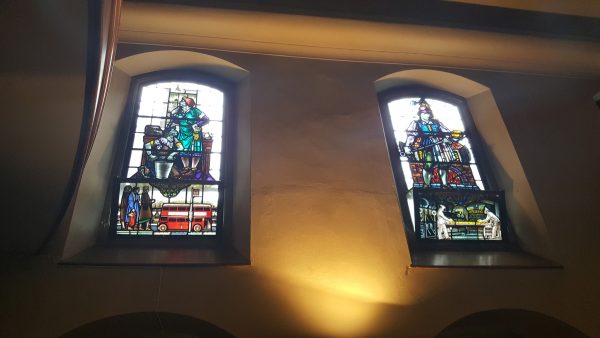 There is interest in the depiction of some of London’s most famous historic places, including St Paul’s Cathedral, Bankside Power Station (now Tate Modern) and the River Thames.

Also worth noting is the unusual backdrop to the altar, a mural depicting Wall Street in New York, originally made for a National Theatre production; ‘New Regime’ of 1989. 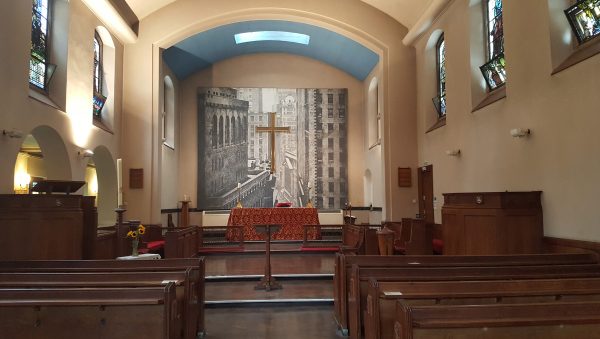 If the inside isn’t enough, wander out around the back, where a – sadly not in use — water fountain still remains, but look for the cross in the grass. 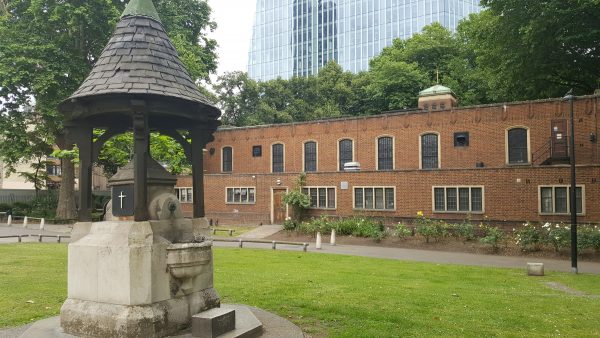 No random placing, it marks where the cross fell when the old church was bombed during WW2, and the cracked stones are symbolic of the flames the cross fell in. 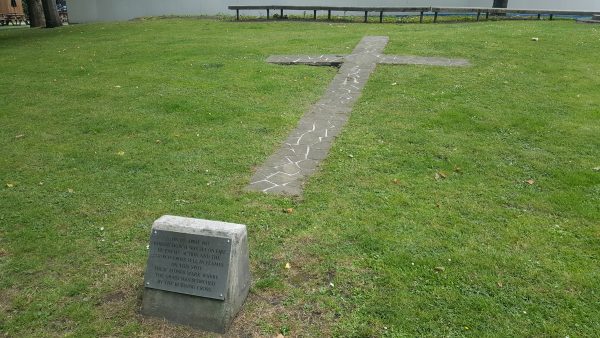 You can find Christchurch on Blackfriars Road, just to the north of Southwark tube station. 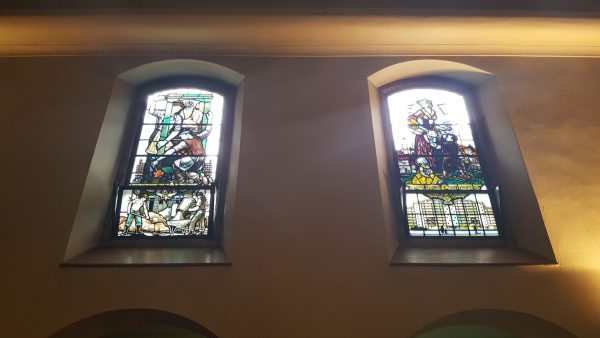 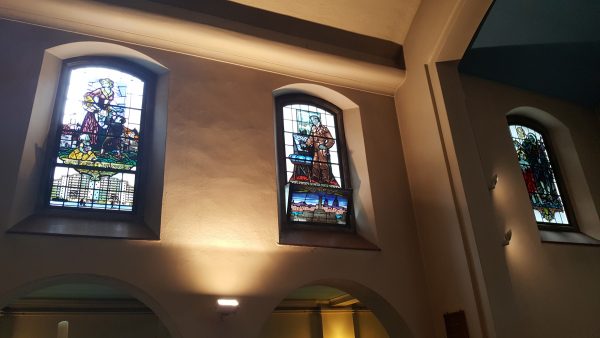 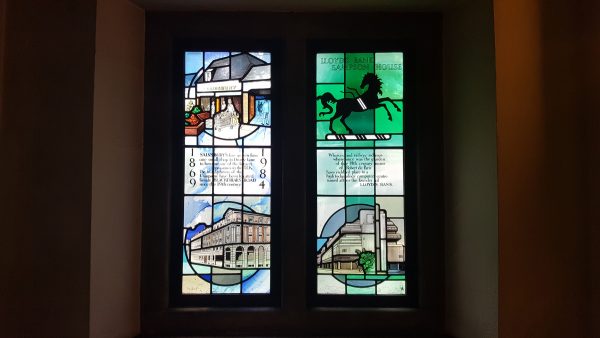 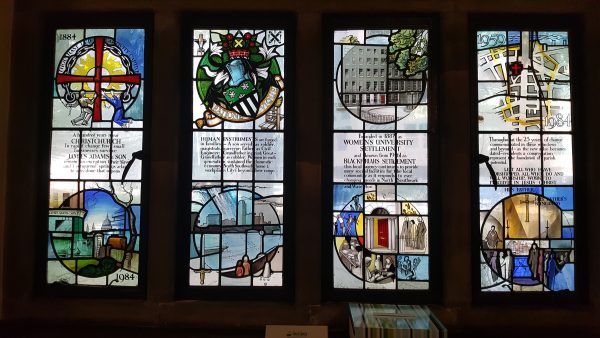