There is in St Pancras a monumental sculpture by Paul Day, called The Meeting Place, which is intended to evoke the romance of travel through the depiction of a couple locked in an amorous embrace

It is also almost universally loathed. 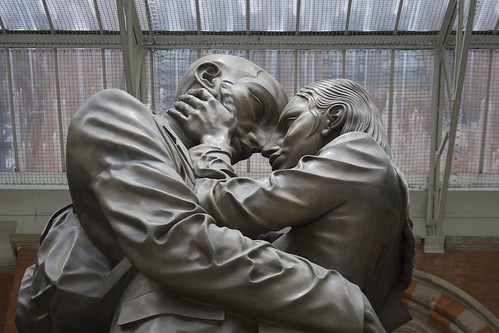 However, a year later, something rather nice was added to the base — a bronze frieze that runs around the pedestal, and that is rather good indeed.

That frieze was actually changed substantially from an earlier more controversial design that had included a dead train driver and a character which some po-faced sorts said intimated he was an attempted suicide.

Controversy aside, I haven’t really been up close to The Meeting Place, as it is so large that it seemed unnecessary to get up close to it. It’s also pretty bloody ugly, so why bother.

Then I remembered the frieze, which seems to have a blend of M. C. Escher and Tim Burton in the twisted distortions of the landscape. In a contradiction of the statue above which is supposed to be providing an uplifting vision of travel, the commuters below look tediously bored.

It’s also an exceptionally deep work of art, rewarding closer inspection to see around the foreground characters to the detailing within.

A child’s hand around the other side, and here, the dogs head have had the patina rubbed off by many hands caressing them. 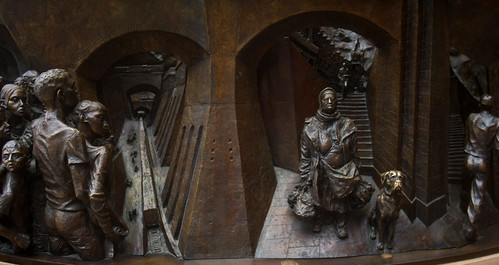 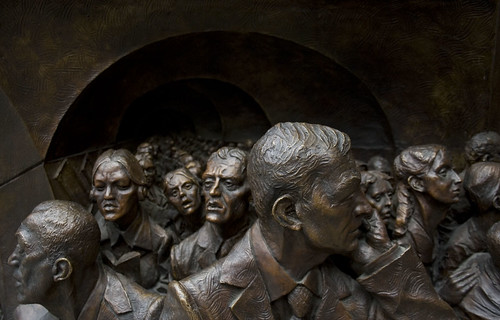 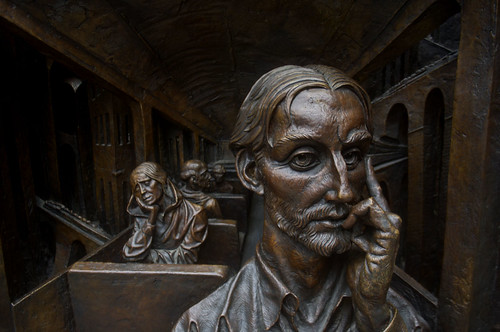 The builders of the tube network are not overlooked. 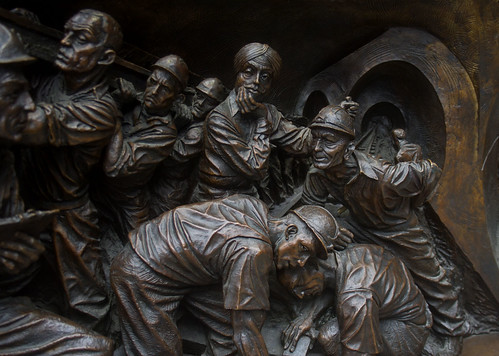 So do get up close to the sculpture and have a look at its base. Just don’t look up. 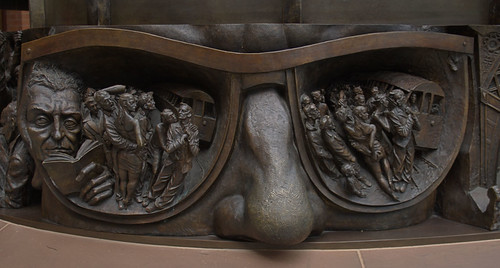