A bale of straw for Tower Bridge

The ancient rule that requires a bale of straw to be hung from a bridge is to be enforced from later this month.

Due to works on the central section of Tower Bridge, headroom below for boats will be reduced, and as such, under ancient rules, a bale of straw is to be suspended from the bridge to warn boats.

Specifically, the Port of London Authority Thames Byelaws state that ” By day a bundle of straw large enough to be conspicuous, and by night a white light”

It is said that the rule stems from olden times when straw was carried into London on boats, and if a skipper of a boat could see straw on the underside of London Bridge, then the tide was probably too high and knocked some straw off a previous boat to pass through.

The reason for the works that will restrict the height of the bridge ever so slightly though is to put a gantry underneath the upper walkways so that a new tourist attraction can be installed in the floor.

Works that high up would only affect the tallest of cruise ships trying to pass through the bridge, but rules are rules, and as the works technically lowers the height of the bridge, out comes the bale of straw.

The bale of straw wont be out all the time (it gets chilly up there), but only when the gantry unit is in a position to reduce the working height of the bridge to shipping below. 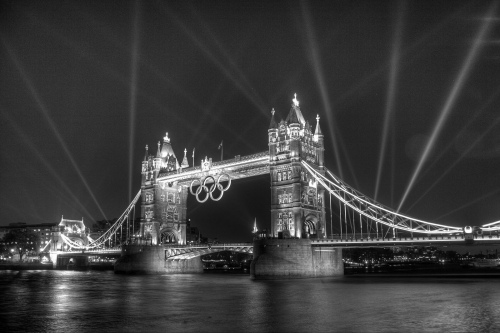 In related news, there’s an opportunity to win a chance to open Tower Bridge — details over on Facebook. I’ve done it before, it’s damn enjoyable.