Published 19 May 2018 by By Ian Mansfield Day trips from London, History

Hidden away in a private wood is a 300-year-old folly, Queen Anne’s Summerhouse. Queen Anne never visited it, but you can. 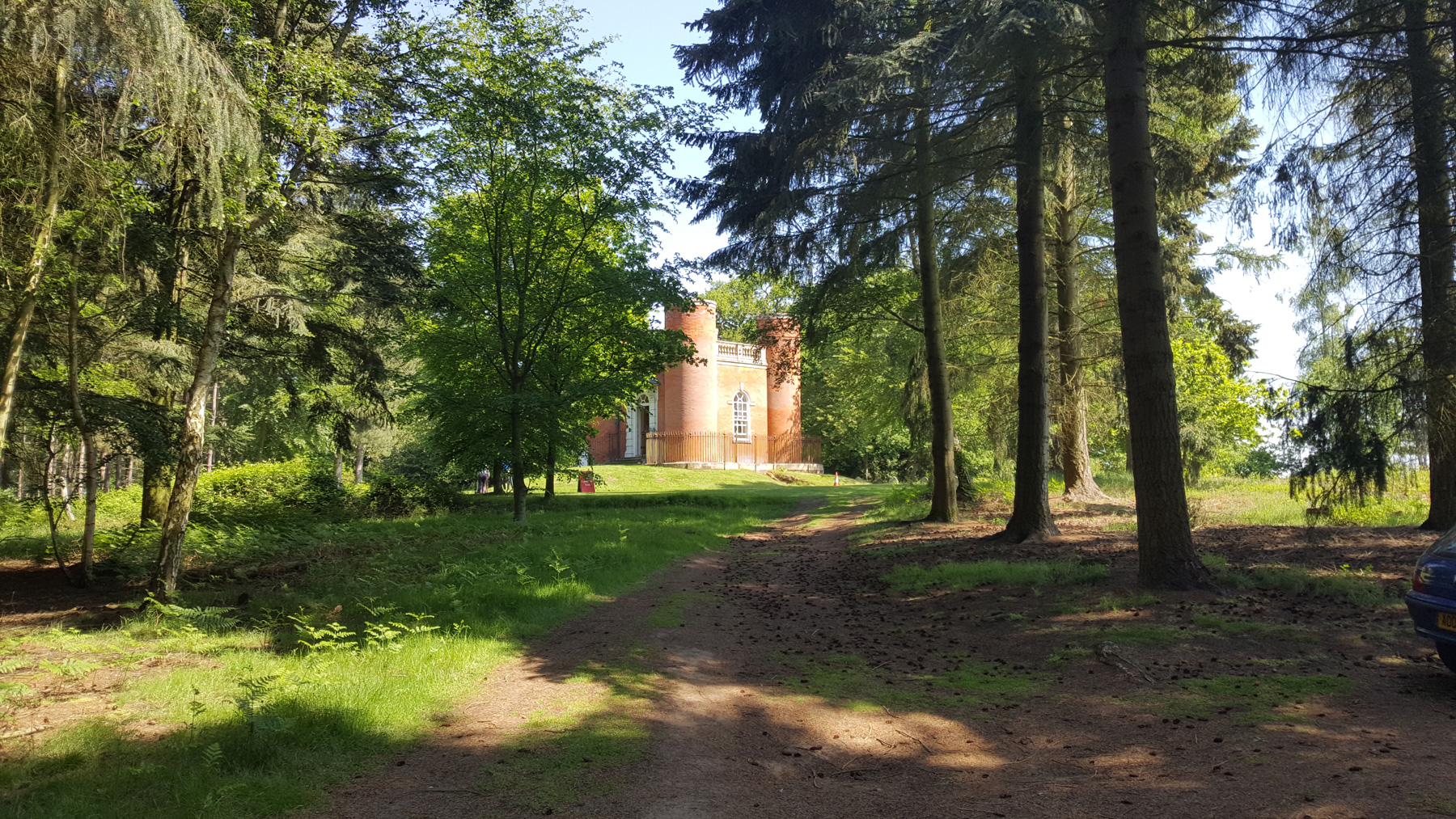 A red brick fortress hidden away inside a private wood is an unexpected sight, so what’s it doing here?

As with many landed estates, the area was once an Abbey that incurred the wrath of King Henry VIII and was closed down and then sold off to become a mansion house.

It seems that a rich draper, Samuel Ongley bought up the lands in the 1690s, and created the modern-day estate. Knighted by Queen Anne in 1712, he built the brick castle folly the following year. Queen Anne died just two years later, having never visited the summerhouse that was named in her honour.

Just 60 years later, the Ongley family also sold up, to the family that the estate is still named after, the self-made manufacturer of steam engines, Joseph Shuttleworth.

It seems that he commissioned a local builder to improve the folly, adding the roof terrace and balustrade. And the somewhat misleading date sign which had long made people think the entire building dated from 1878.

Sadly, the sole heir to the estate Richard Shuttleworth died in a flying accident, and his mother gave the estate to a trust fund for the education of countryside studies.

As a trust, they lacked the funds to maintain the summerhouse, and it slowly fell into ruin.

In 2001, the Landmark Trust, which restores buildings and then lets people holiday in them, took on the task of restoring the folly. And what an amazing job they’ve done.

Available as a very nice B&B, it’s also open a couple of times per year to wander in without paying. Such as this weekend.

Although their website says the nearest town is Bedford, in fact, it’s Biggleswade, and as the bus is hourly, it’s a decent enough walk for an hour to get to Old Warden, where a public footpath leads you deep into the woods.

A sign to turn left, and up a delightful path that crunched most agreeably as you walked, and the scattering of pine cones adding a decorative flourish. Up here at the end, the red-brick folly slowly emerges from the green and browns of the woods, on its own artificially raised mound.

The Summerhouse is built of fine ‘gauged’ brickwork, a technique in which each brick is rubbed to shape. The mortar joints between the bricks are also incredibly fine, carefully lined-out in near pure lime putty and no more than 1-2 mm wide. It is exceptionally fine craftsmanship.

A couple of Landmark Trust volunteers were on hand to welcome you inside this miniature mock-military redoubt.

Originally, the Lord of the Mansion used the summerhouse as a place to relax when out hunting and shooting. Today it’s a small B&B to spend a long weekend in. 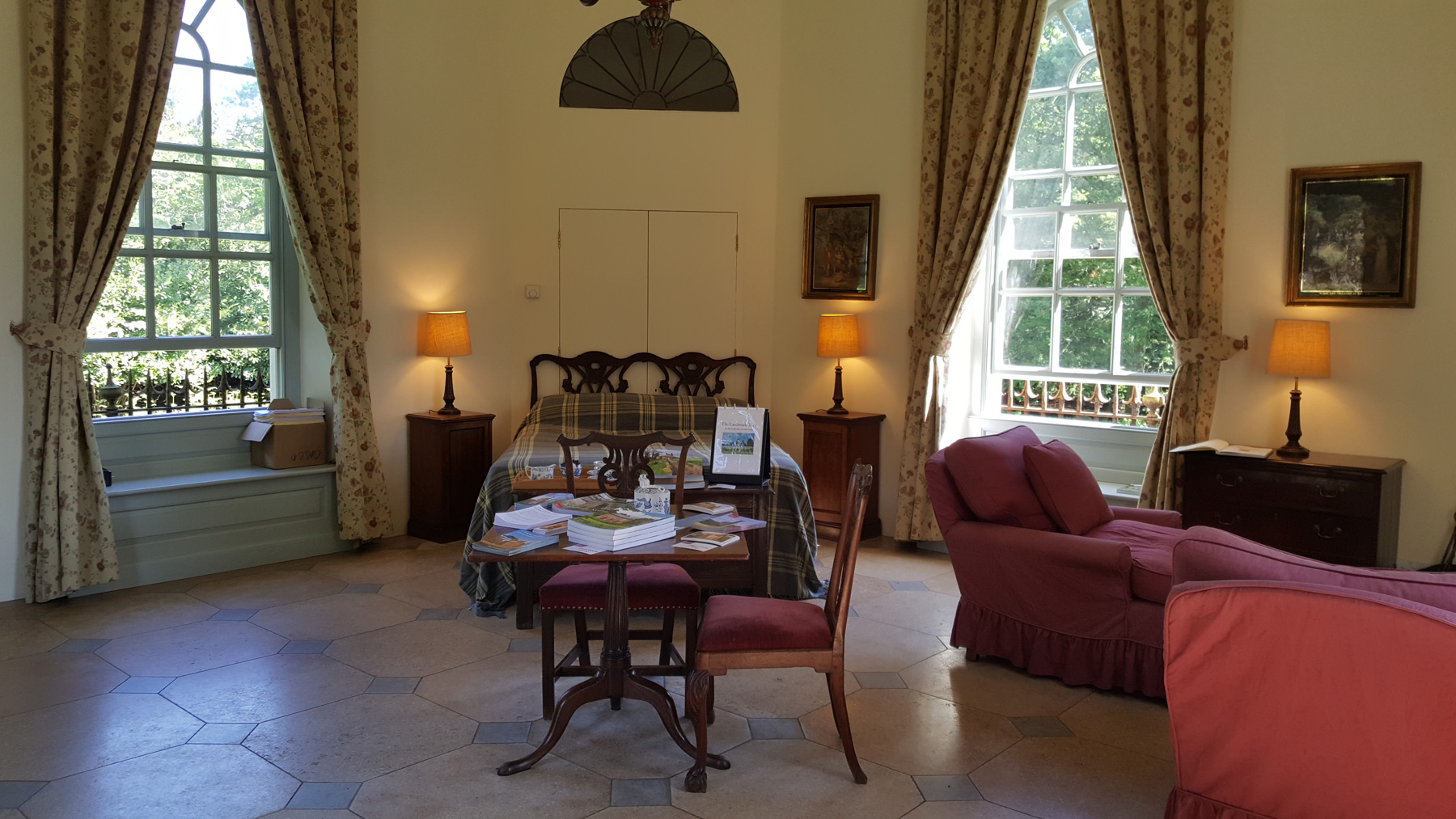 The restored interior is a delight, with a large single room, restored in a sympathetic, but very clean effect. The original folly had a kitchen in the basement, for servants, but today one of the former china alcoves has been cleverly converted into a miniature kitchen. The doors close to hide it when finished. 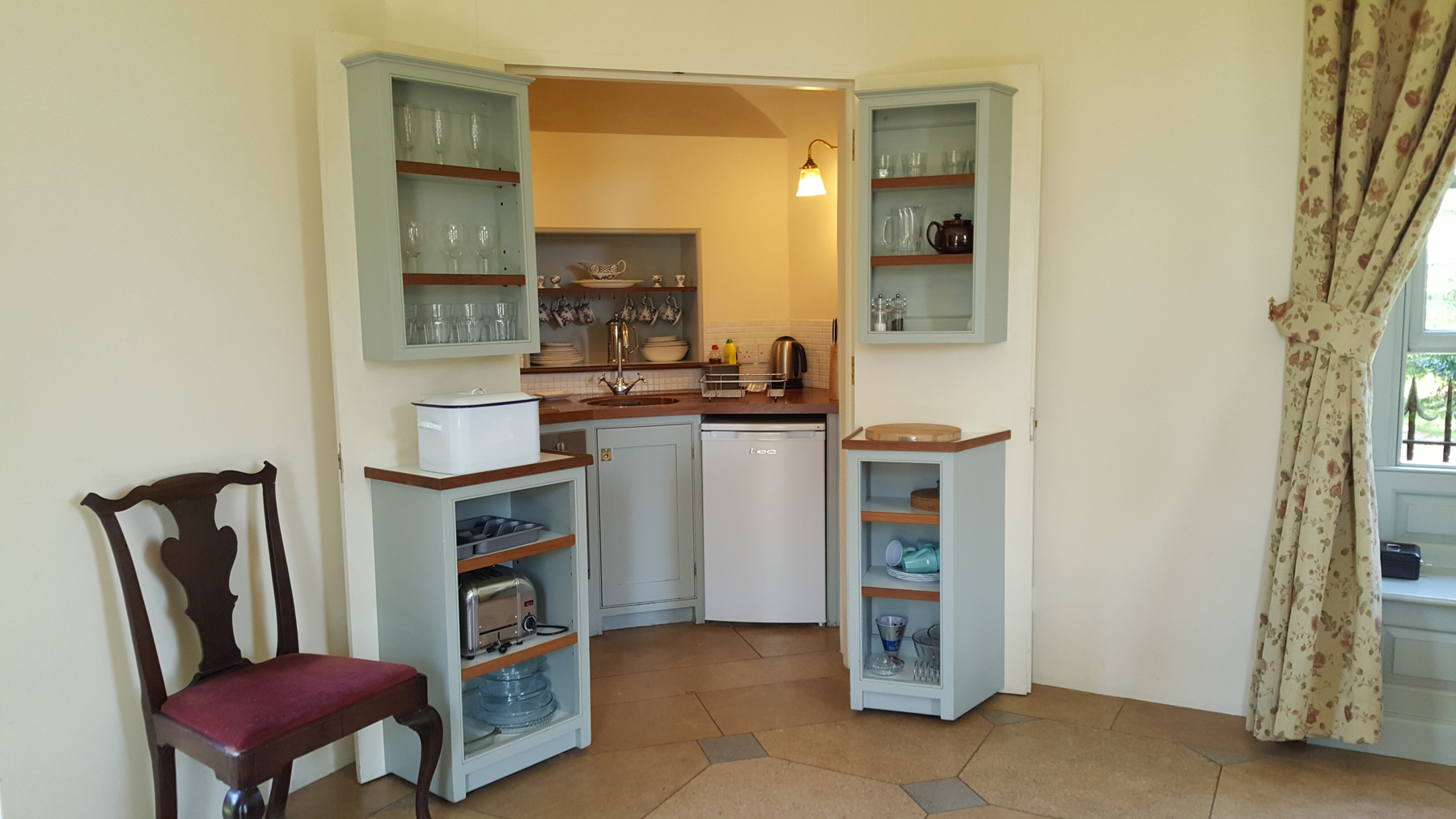 The fanlight windows add a decorative flourish, especially over the spiral stone staircase where you can peer down into the room. 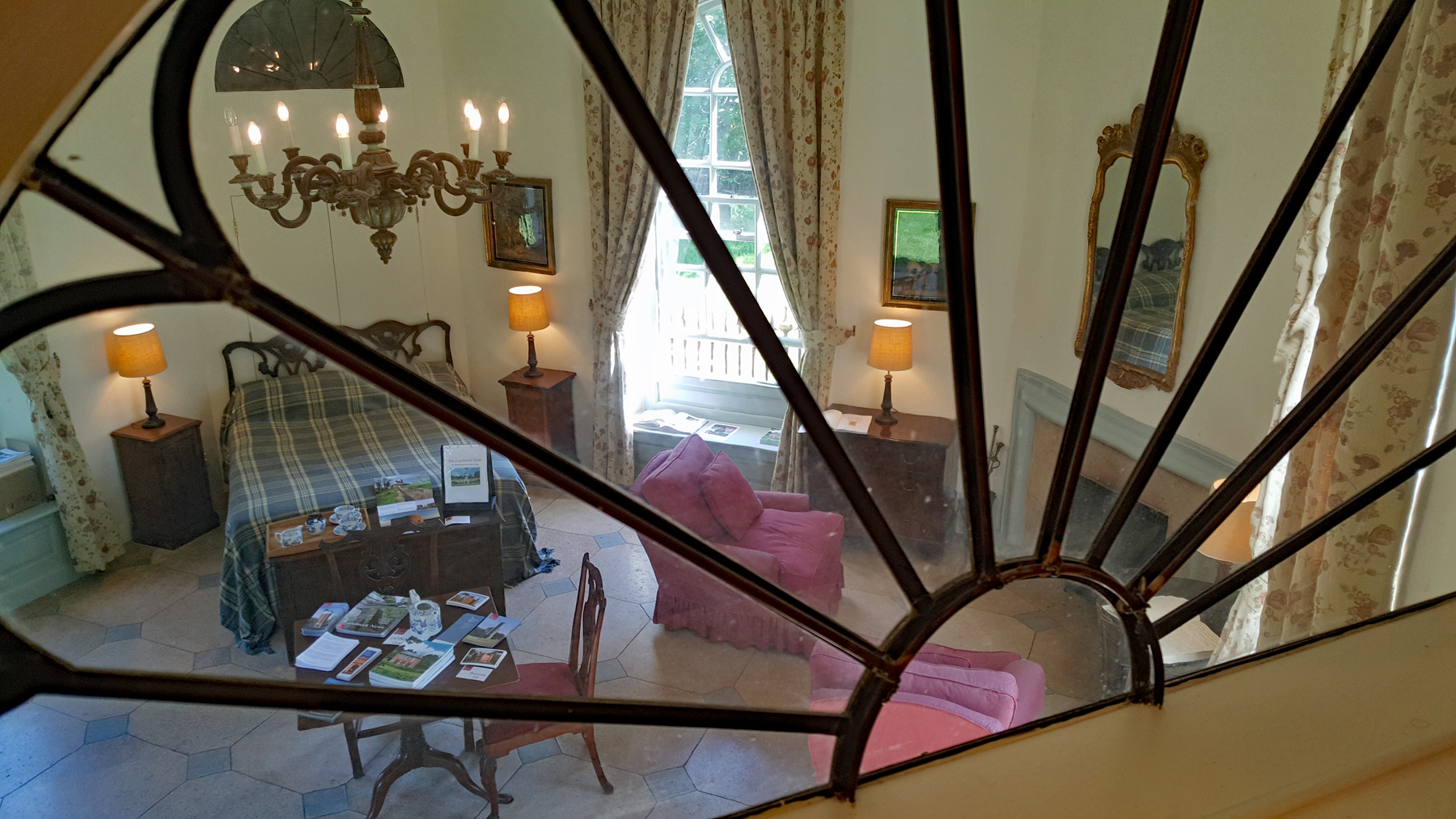 The staircase leads up to the roof, where three of the turrets offer recessed seating and stunning views over the countryside.

When built the views would have been more impressive, but trees have a habit of growing, and that now encloses and conceals the folly from view, turning it into a fantasy of a romantic hidden glade.

Slightly oddly, there’s a cluster of graves at the back. Joseph Shuttleworth so loved his hunter horses that when they died, he gave them a decent burial at his hunting summerhouse. You can still make out their names and the thoughts of an obviously grieving owner on some of the graves. 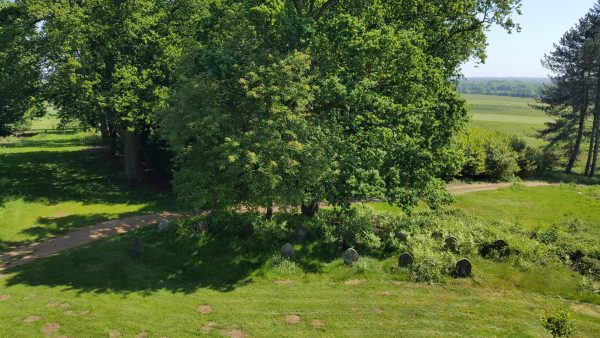 Downstairs the former servant’s kitchen has been converted into a bathroom, retaining the original brickwork and rustic feel, in a contrast to the clean polish of the main lodge upstairs. The original servant’s entrance, down a small flight of steps, is still visible around the side of the building.

The restoration is a triumph, and the setting hidden away in the woods is delightful.

If you fancy staying here, then it’s £313 for four nights.

Alternatively, it’s open for visitors twice a year — this weekend, and during Heritage Open Days in September. 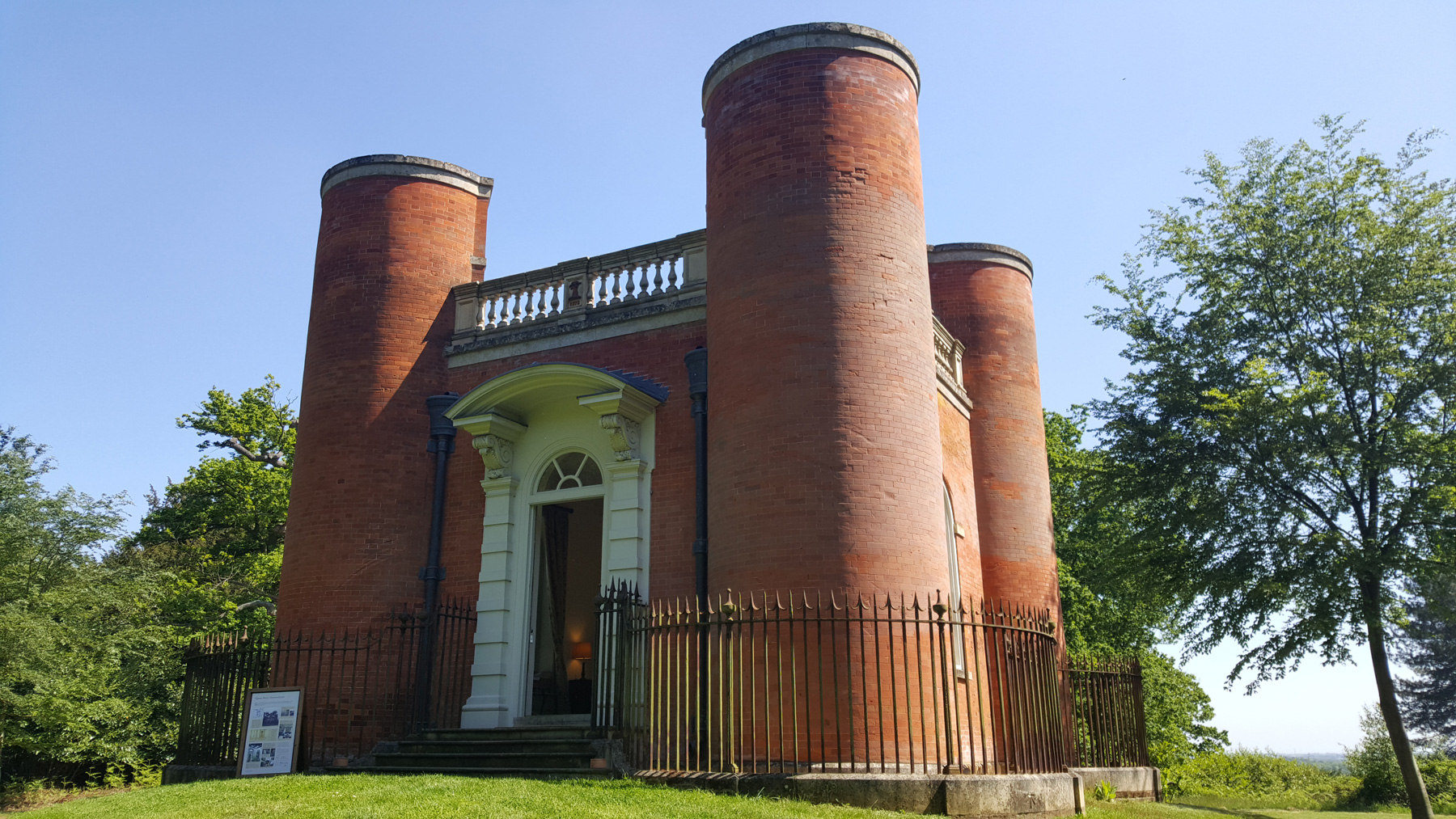 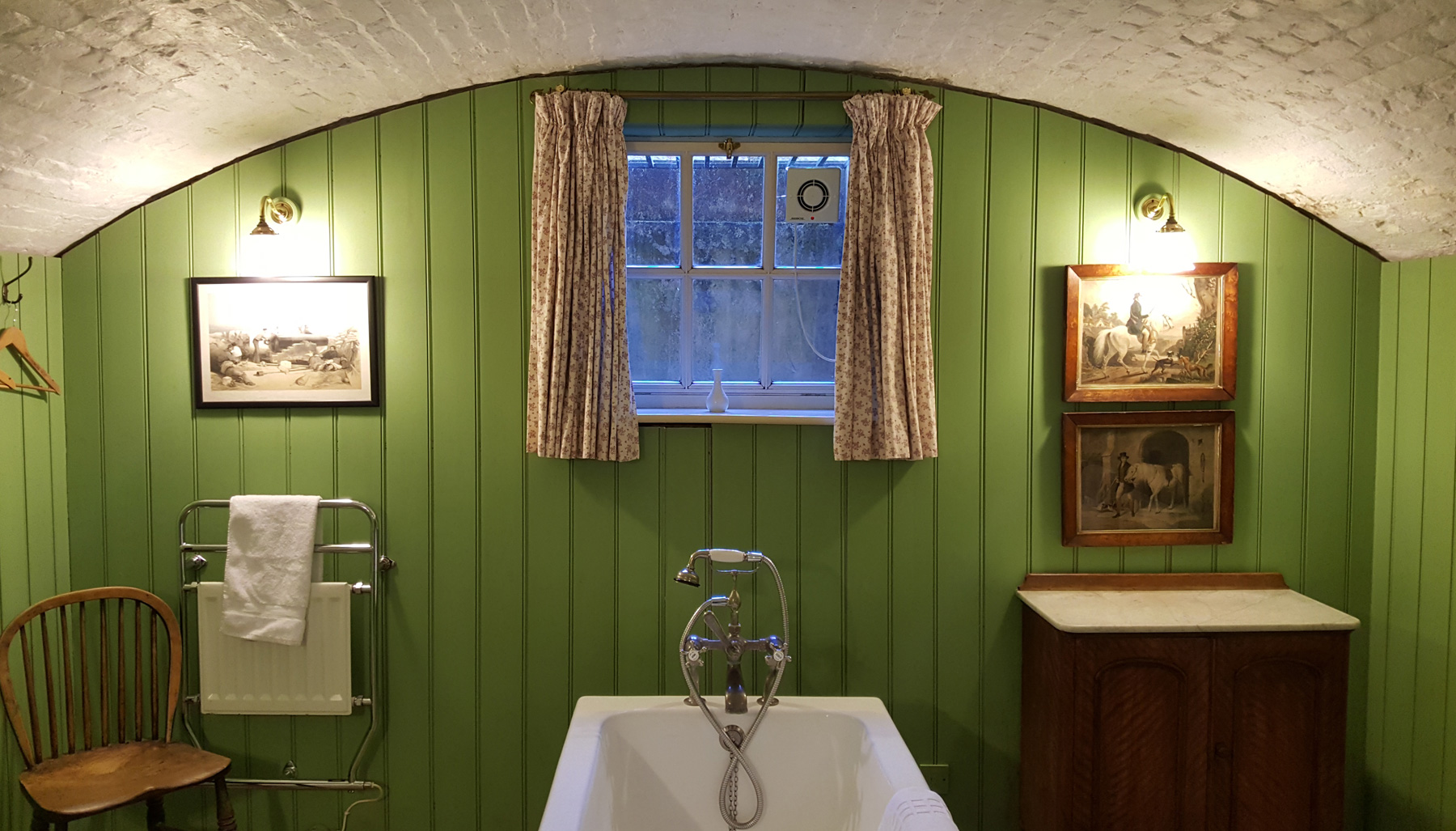 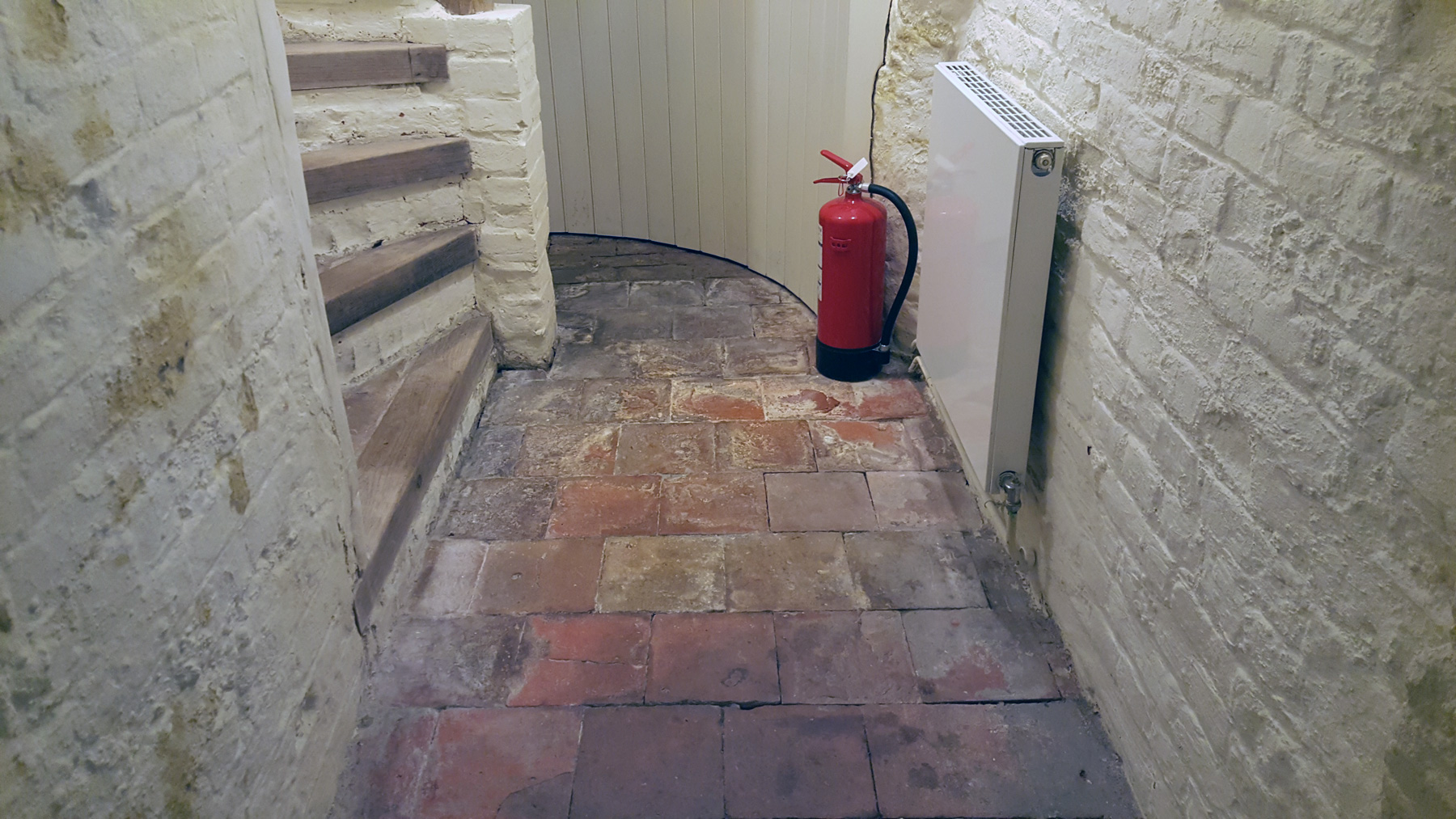 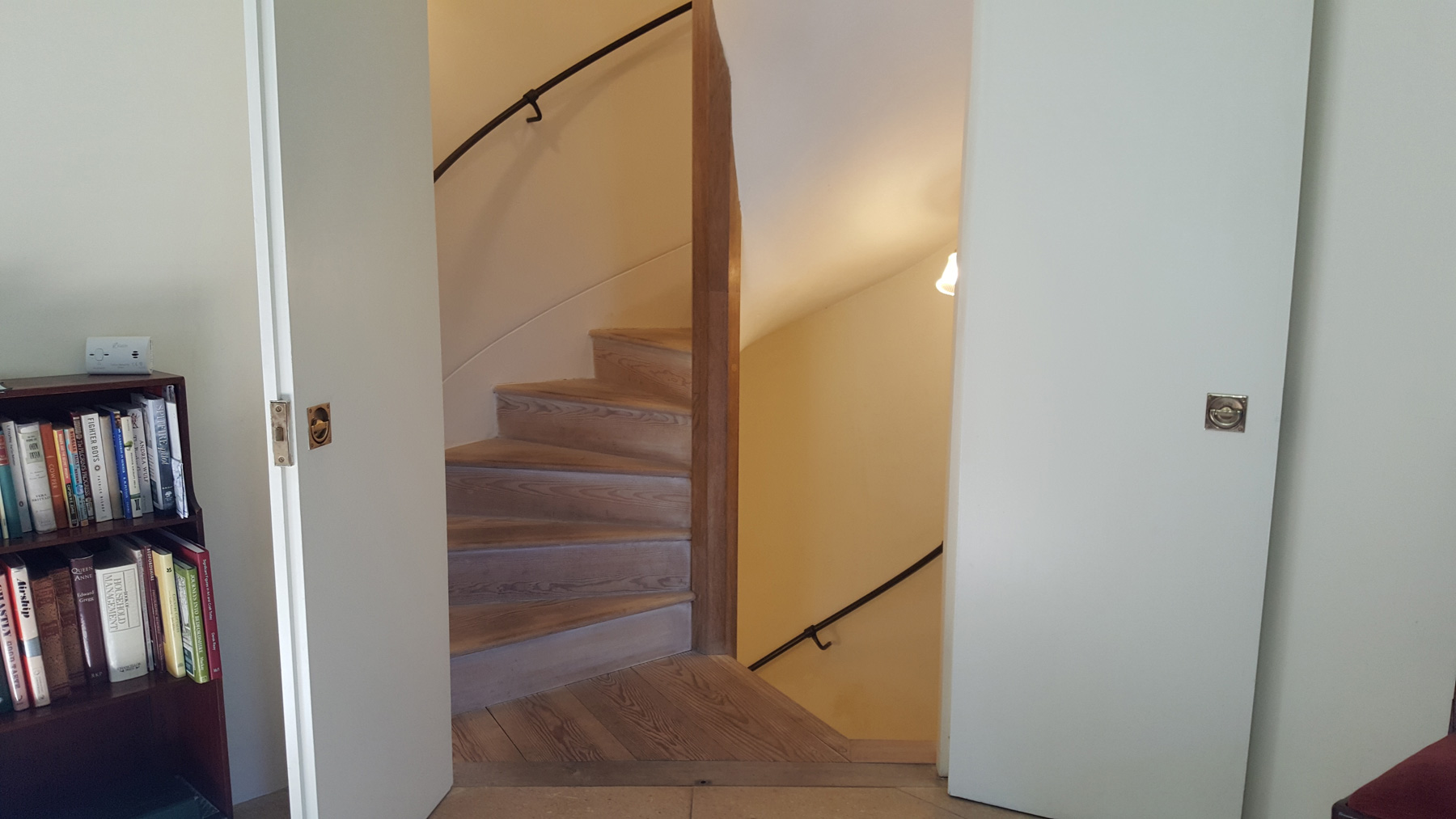 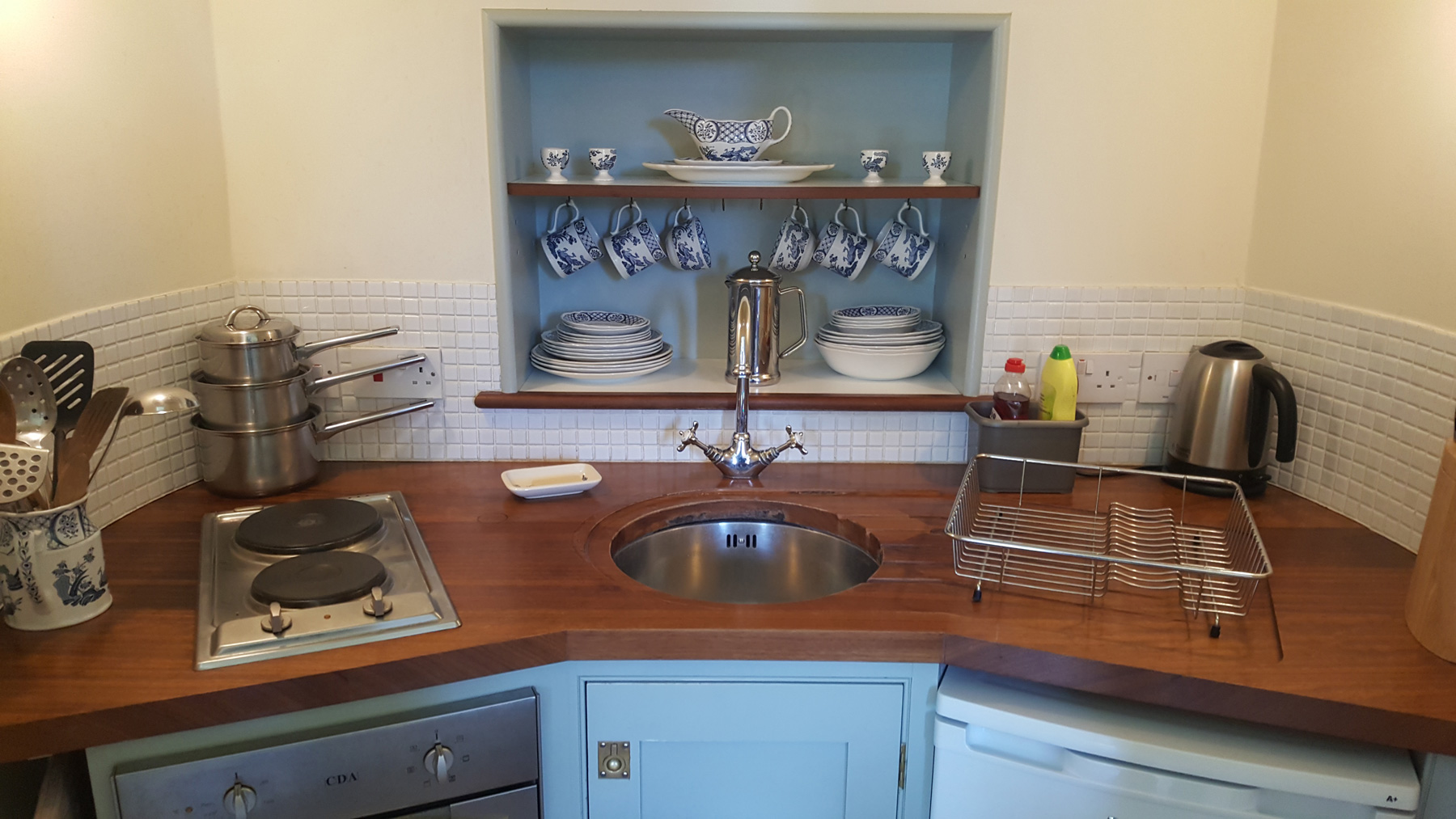 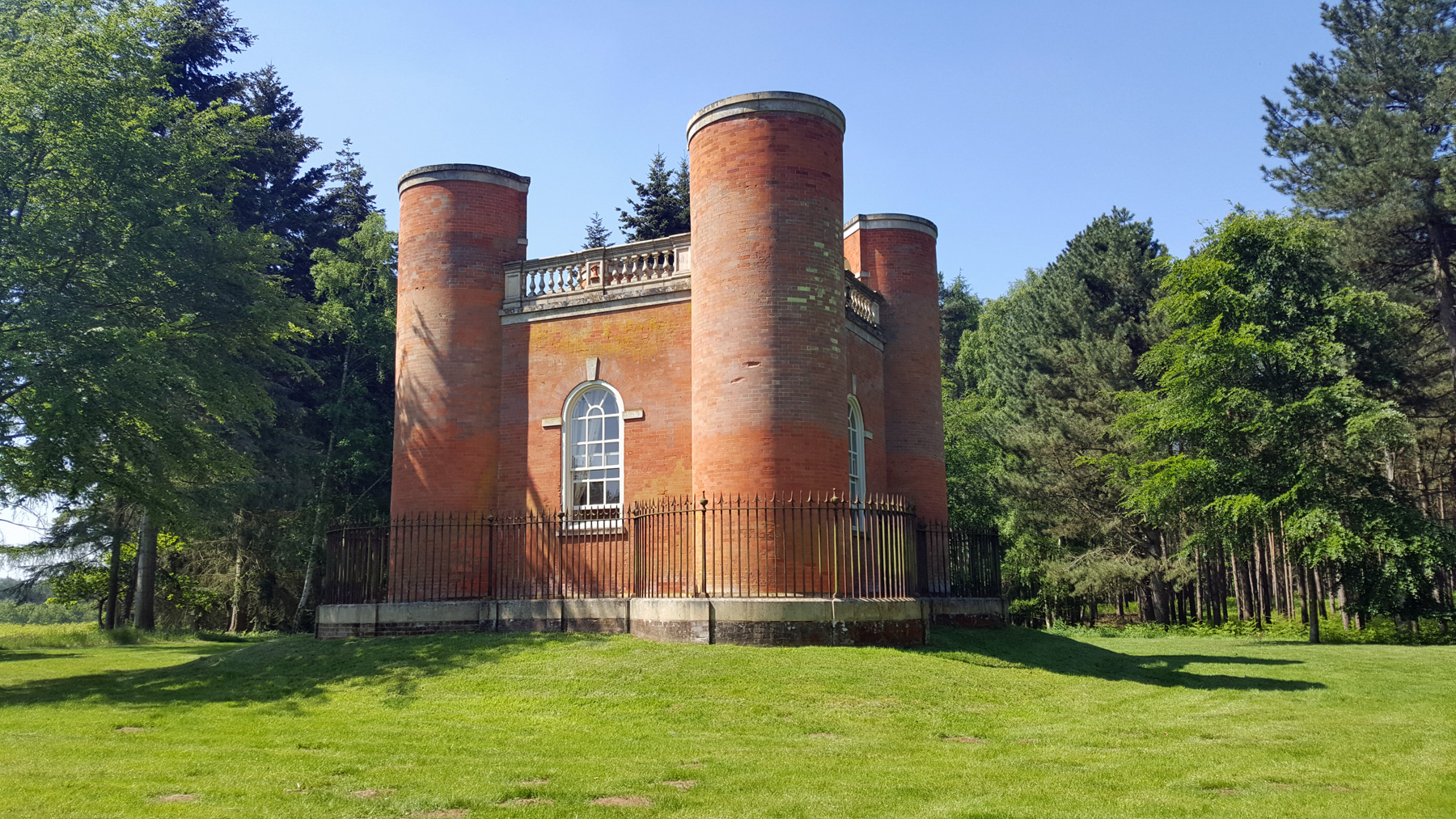 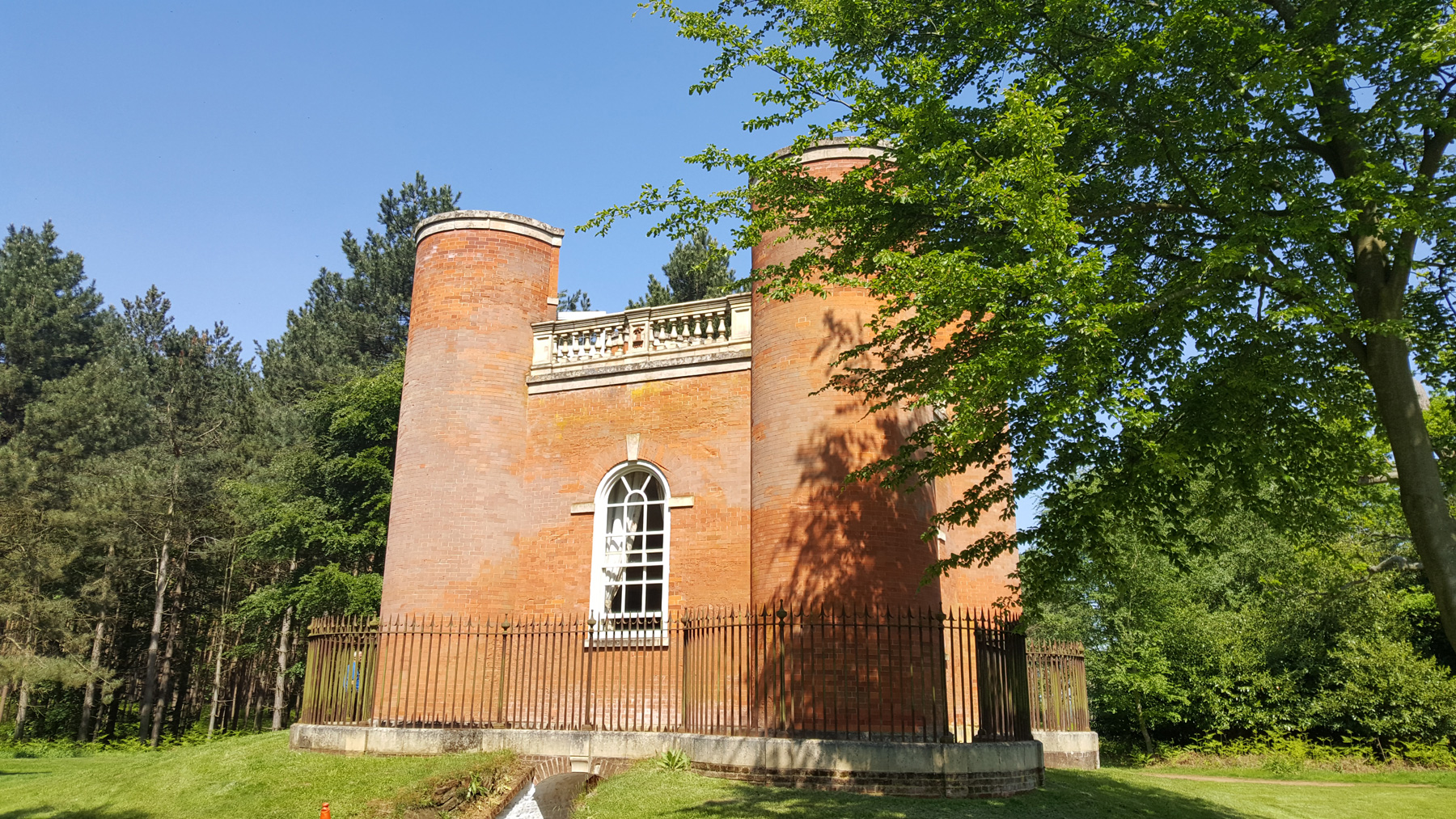 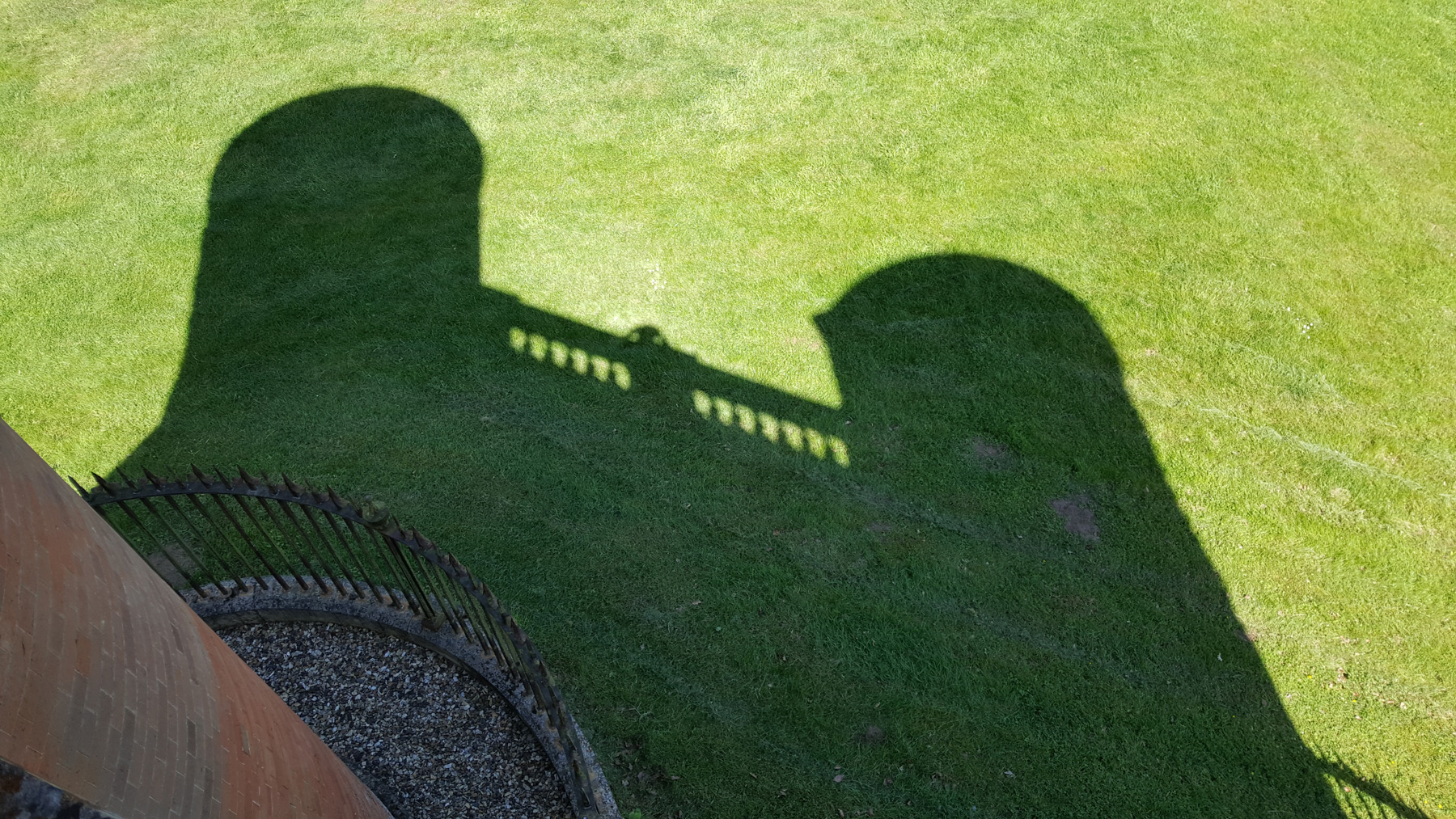 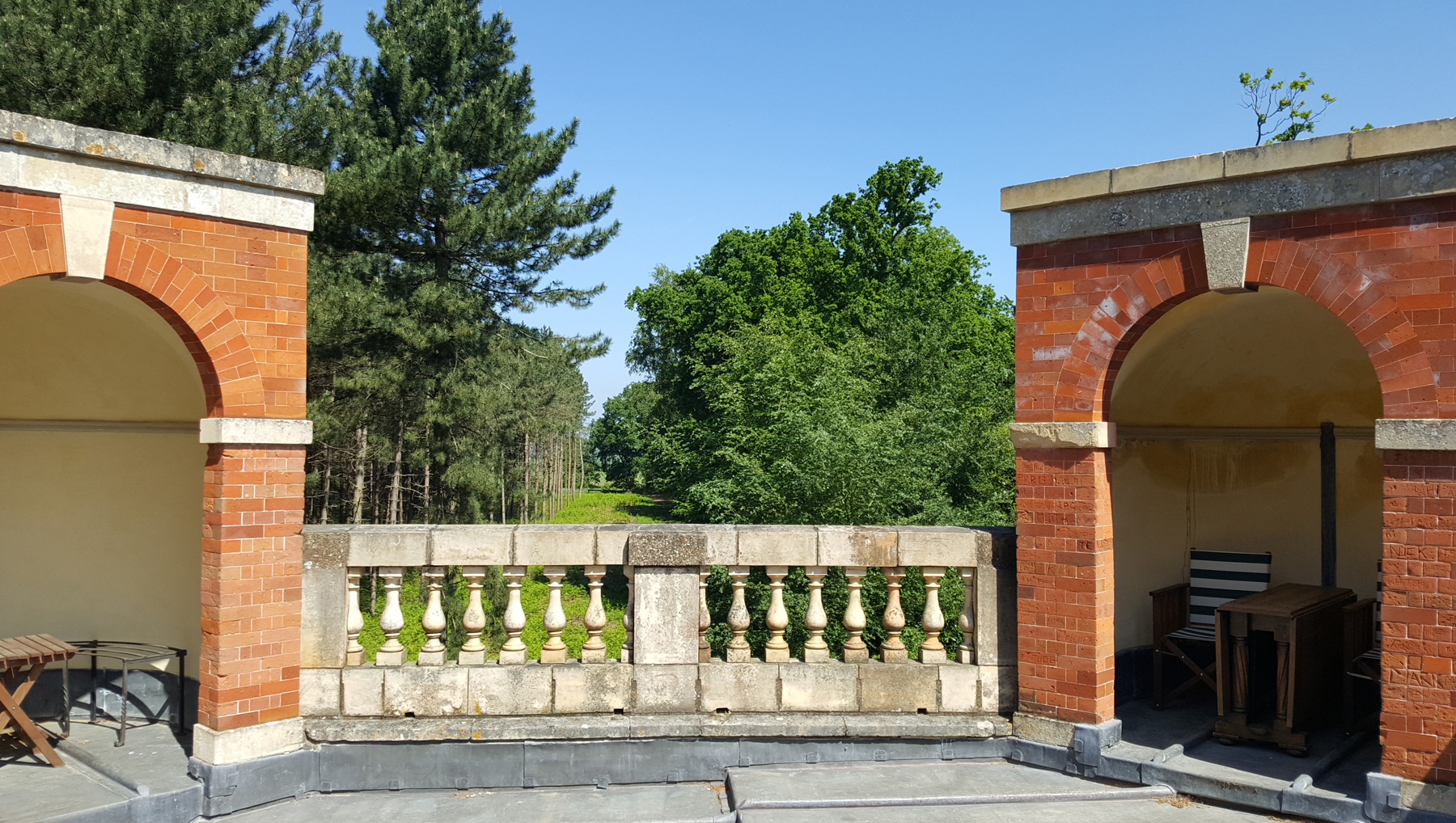 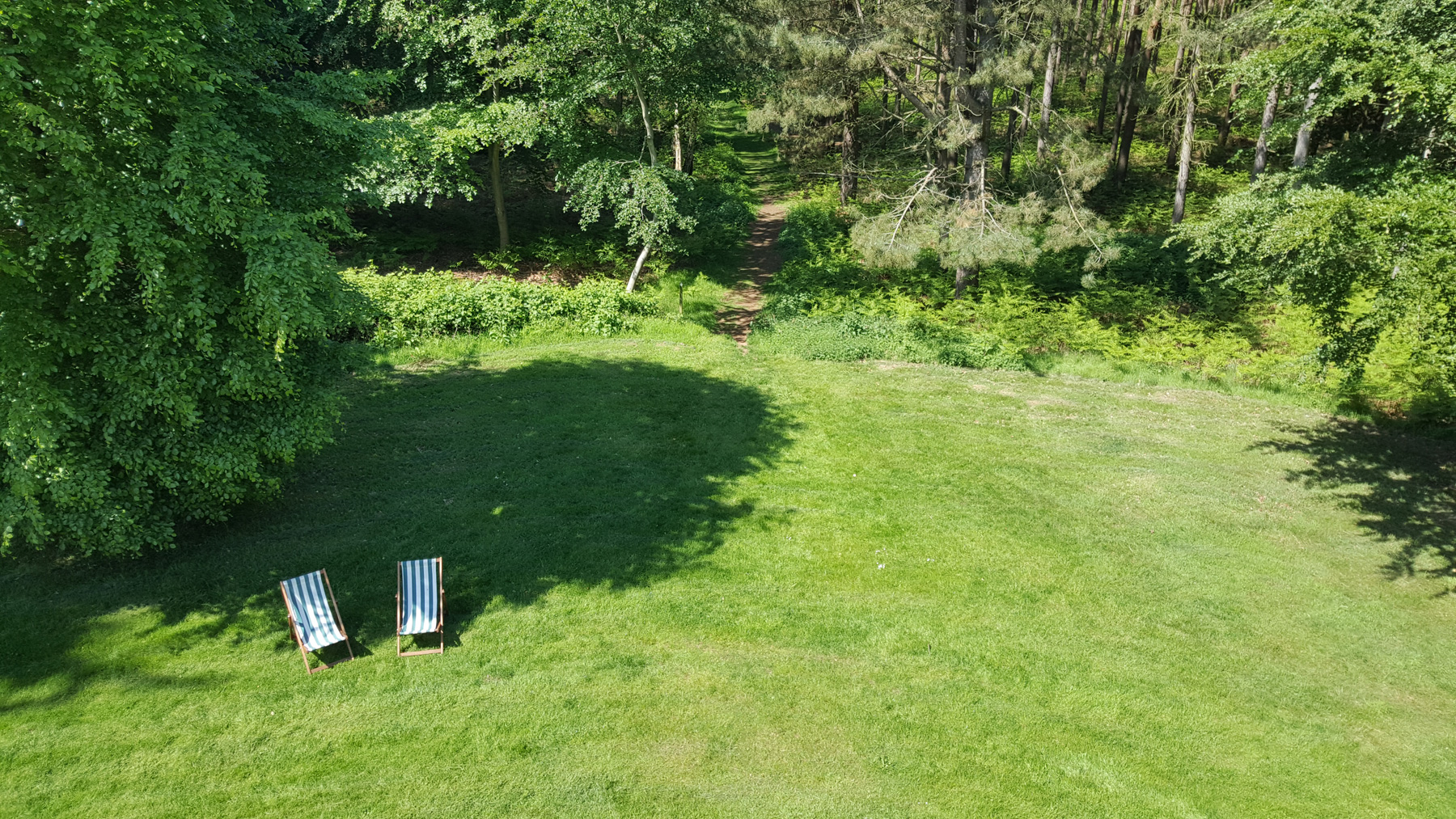 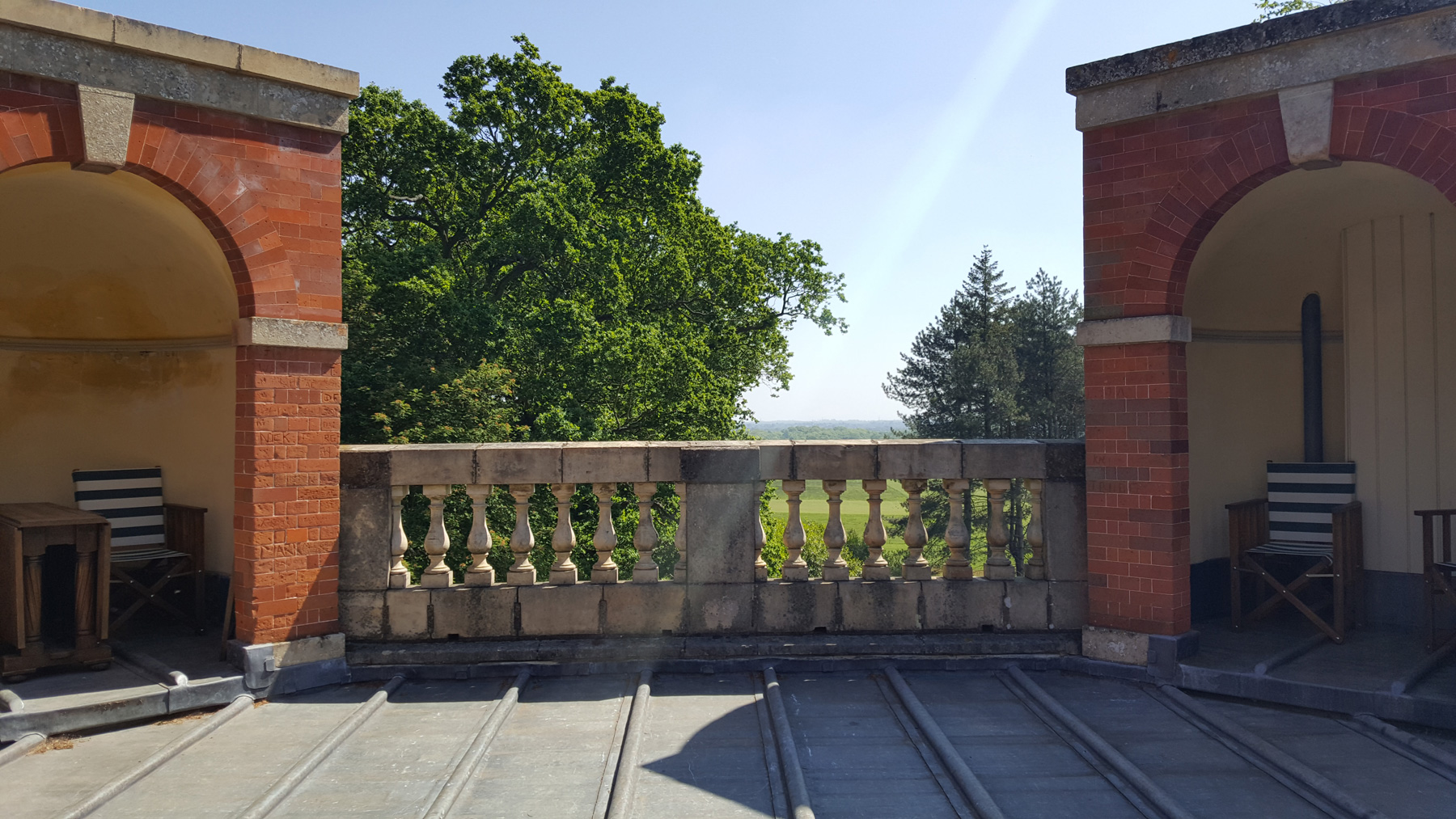 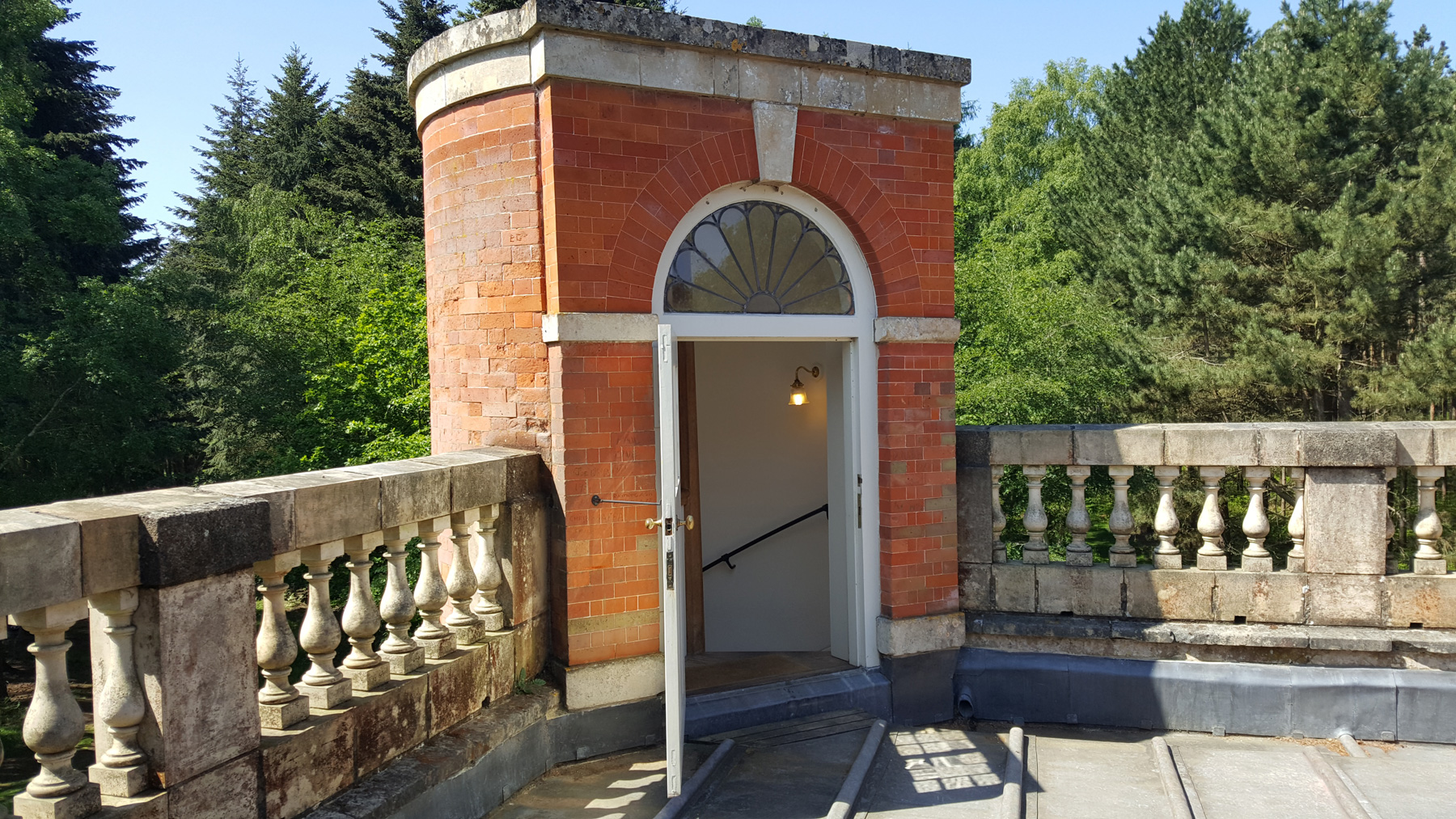 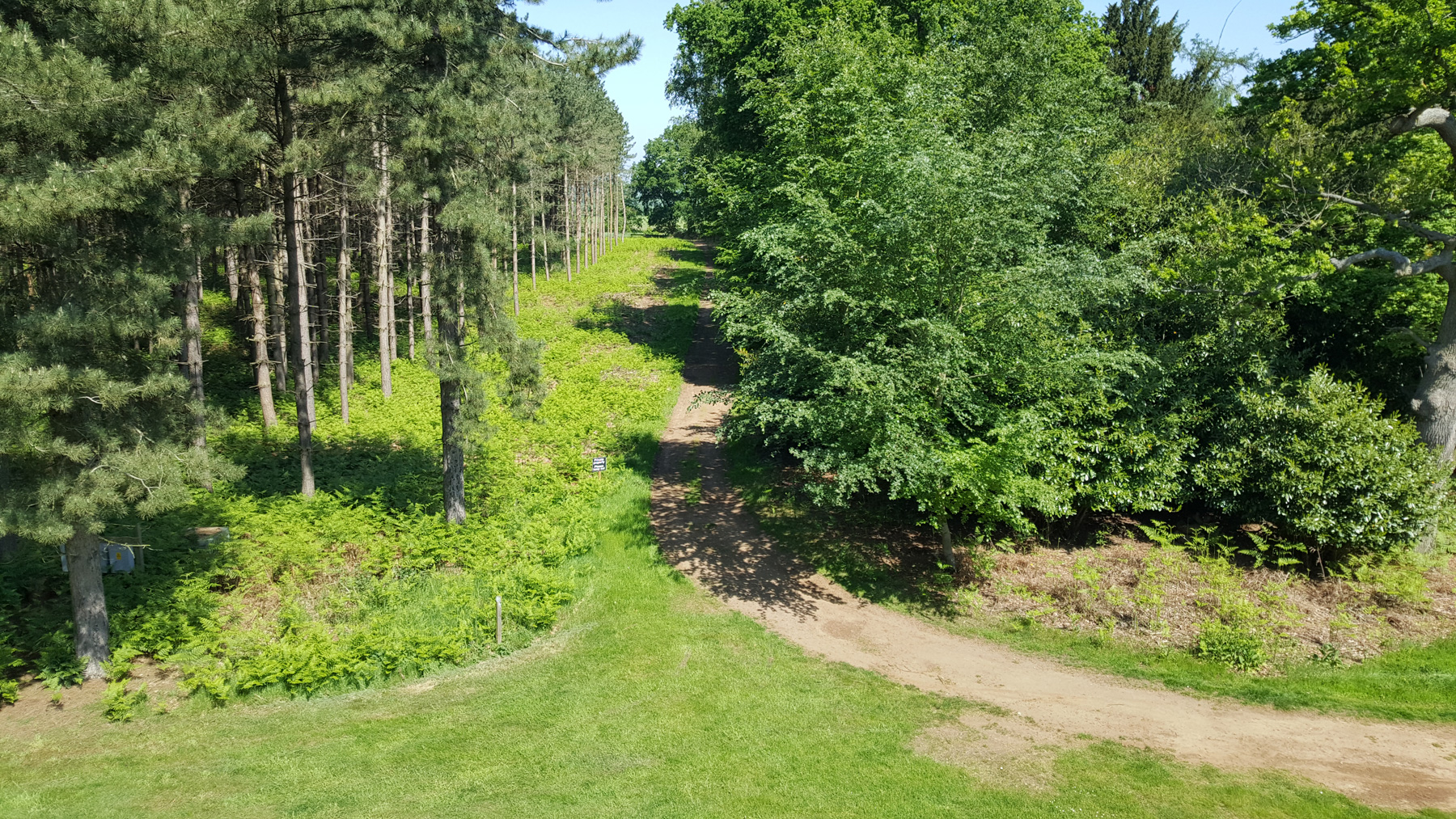