A magazine starting publishing in 1947, and it’s still going strong today, so there’s an exhibition about its namesake – concrete.

The display, at the Building Centre is mainly prints from pages in the magazine, with some photos of the more famous concrete buildings.

From post-war optimism about this ancient, but ever so modern building material, to the decline when it turned out cheap concrete results in buildings that suffer from being built with cheap materials, to the resurgence that has come in recent decades.

In part, concrete suffered from not being looked after, as any other building material would expect to be, so it stained, got dirty and looked shabby.

More recent developments have lead to self-cleaning surfaces and the ability to create shapes that were once only visible in science-fiction visions of the future.

Although most of the display is about the magazine, almost too easy to overlook is a small set of glass cabinets to one side filled with concrete samples. Showing off some of the more interesting ways that the material can be used today – from sculpted designs to environmental blocks such as porous concrete that can be used as paving that lets rainwater pass through to the ground below.

That later innovation is important as it lets rainwater soak into the ground rather than running off into drains and overloading them. 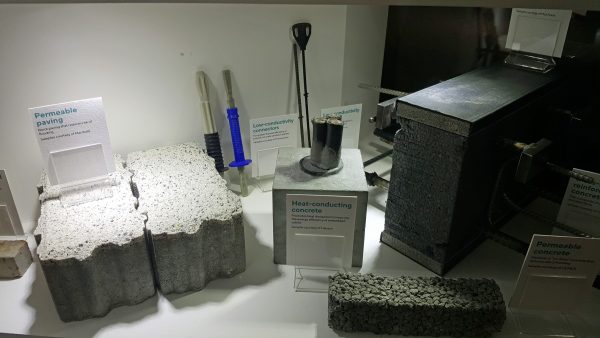 It’s a modest display, a hymn to a building material that, like marmite, engenders loathing and love in equal measures. If you’re a fan, you’ll love the display as much as you love the material.

The exhibition is at the Building Centre until the end of this month – it’s not that easy to find as it’s in the basement, so the entrance is next to the cafe.

There’s also a couple of free magazines from Concrete Quarterly to pick up while you’re there. 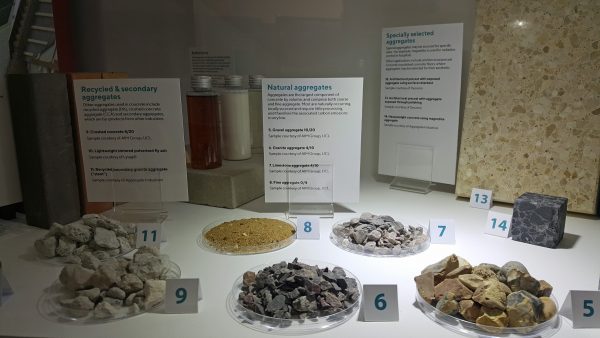 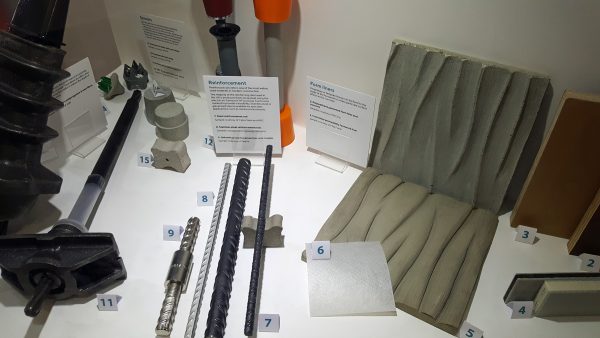 NEWSLETTER
Tagged with: The Building Centre