50th Anniversary of Quatermass and the Pit

One for both horror film fans and tube geeks – as next month marks the 50th anniversary of Martians being discovered in a Central line tube station.

Released on 9th November 1967, the film adaptation of the BBC TV series is one of those films that has — just about — stood the test of time, and of course, has the now iconic Hobbs End tube station at its heart.

The TV series had the Martians being found in a building site on Hobbs Lane in Knightsbridge, but did mention that reports of the digging of a tube station nearby in 1927 had seen ghosts.

The film adaptation decided to bring the story up to date, and set it inside Hobbs End tube station itself, as part of the Central line extension which was under way at the time of when the film was set, although they had to then move the station from SW1 to W10 postcodes, which is where the Central line would have been going. 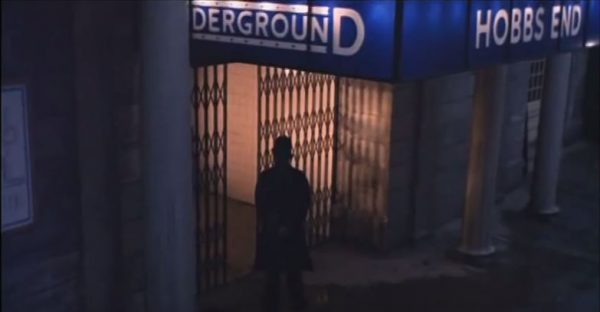 So good was the set design, at a time when Hammer were famous for bad set designs, that it wouldn’t surprise me if there are people who think it was filmed in a real tube station. A rather good computer render of the station is here.

Some of the detailing in the film is excellent, such as the use of older style tube roundels, an 1956 era tube map and the Leslie Green style decoration of the tube station itself – which fitted in nicely with the time the station was said to have been built in the TV series. 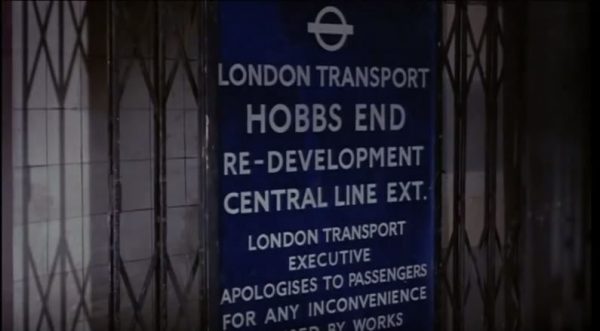 Adding to the topical nature of the film, at the time it was released, there was a lot of tube station construction work going on — for the Victoria line. So who knows what might have been found deep under London!

It is however slightly odd that there is a seemingly nearly finished platform, but the tunnels still being excavated. But, it’s just a film, not a documentary. 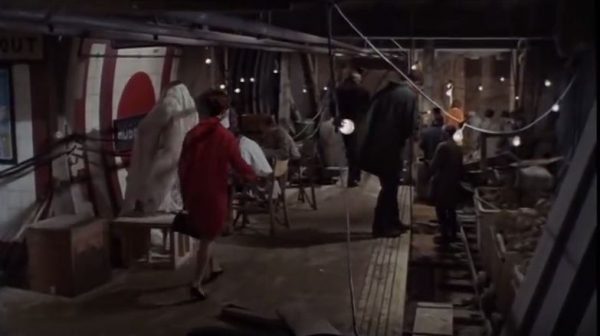 What makes the film work is that some special effects aside, the film takes itself somewhat seriously, almost documentary like in style. That made it a marked shift from the classic horror films of the time which now look just bloody awful in hindsight.

That more serious approach nearly scuppered the film, as when released, it had an X-certificate from the film censors due to the scary nature of the floating devils head at the end, and the eerie music used. Today those notions seem laughable, but in the 1960s these were boundary pushing films.

There are a few stereotypes in the acting, but overall, the idea of fusing modern rocket science with medieval folklore, and doing it in a tube station was an inspired one.

It also created one of the most famous “fake” tube stations in cinematic history.

So much so that Hobbs End station also appears within London Underground’s West Ashfield training centre, as a station on their test track.

It’s available on DVD, but, as part of the 50th anniversary, the Prince Charles Cinema will be showing the film on the big screen – details here. 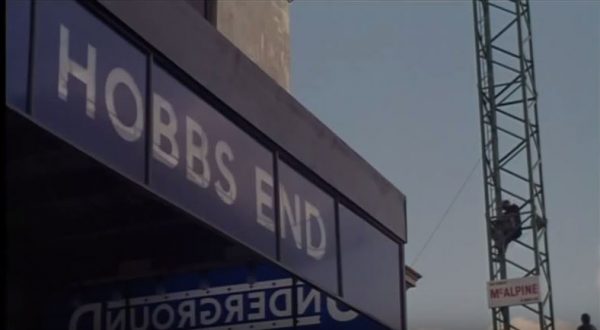