400 years of Christmas traditions on display

The Geffrye Museum has, as is now traditional for them, decorated its collection of historic rooms as if they are set for Christmas.

The rooms are set in the old almshouses, so you can wander along a corridor passing through the centuries from old Tudor right to modern life.

Starting with a basic room, laid out with some greenery to bring a bit of life to otherwise dark and gloomy winter homes. The houses progressively became plainer, even as wealth slowly increased, and reached its height during the puritan period, where even Christmas was banned for a while.

A good Christmas would be at work, or in church. And no merriment! 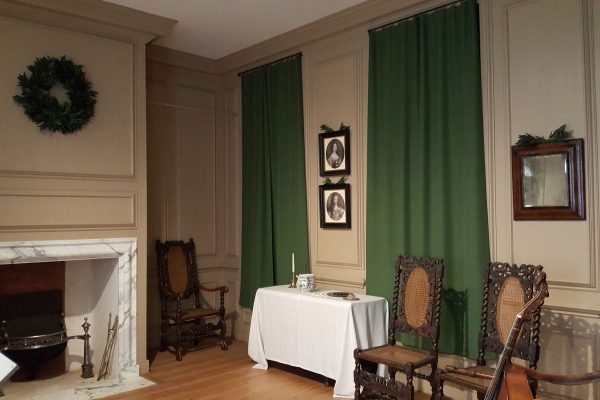 The Victorians invented most of the traditions of the modern Christmas, with the tree and the availability of affordable presents thanks to industrialization.

However, we’ve generally given up going to church at 8am and 11am. Fortunately. 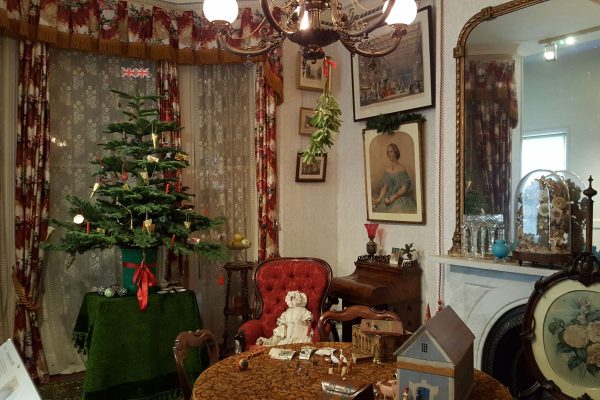 By Edwardian times, the Christmas traditions have become more ingrained, and the tree is a permanent fixture. Many houses still had servants, indeed, the era is noted for being one of the most unequal in British history, so they worked on Christmas day. 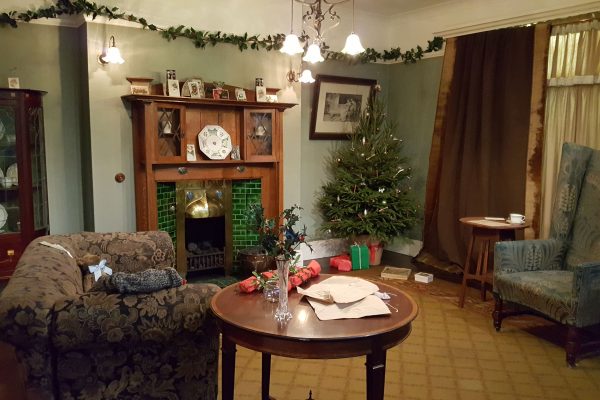 What’s fascinating the almost total disappearance of the old-fashioned Victorian Christmas in favour of modern materials and decorations. Artificial trees are appearing and no one would use plants when paper decorations are so much more in keeping with the modern look. 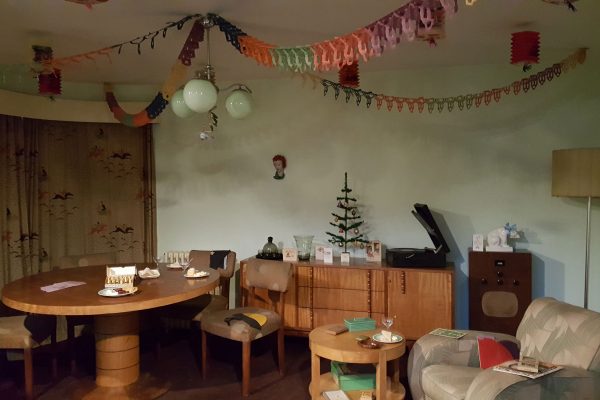 In more recent years, there’s been a bit of a hankering for old traditions. Society is moving ever faster and we often look back to idyllic images of Christmas Past for how it used to be. The trees, once considered a bit fussy are making a huge return and now are often the major item in a house that lacks other decorations. 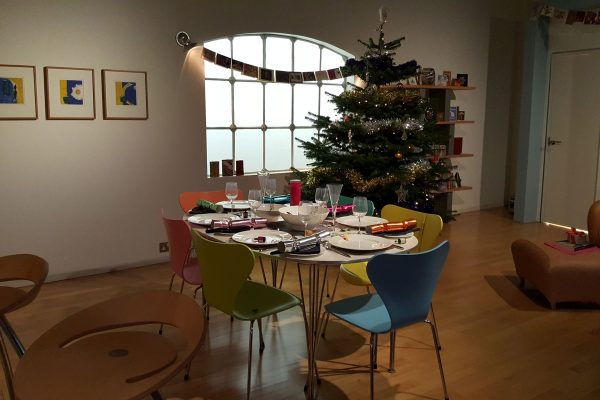 What’s not obvious, but important to remember is that these are not typical rooms of the typical person, but the rooms of the wealthy.

The average person worked the farms, and later the factories, and each of these single dining rooms would have housed an entire family at the bottom end of the social ladder.

Even as we move to modern times, there are few who can have afforded the large warehouse conversion shown at the end of the exhibition.

It’ll be really interesting one year to see the Christmas’s of the downstairs staff.

The Christmas Past exhibition is open until 8th January, and entry is free. 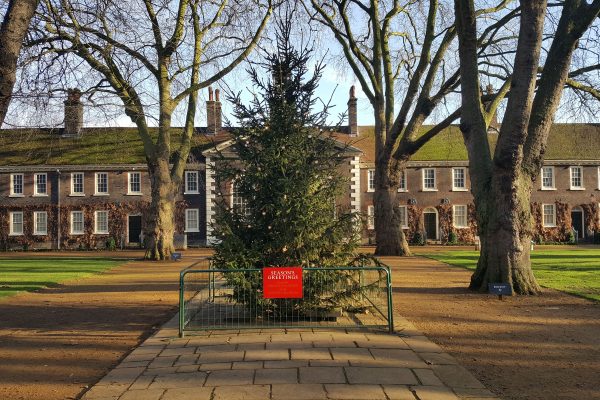