3D Model of Bank tube station and the 2020 Upgrade plans

If you head into a certain Church in the City, you can see catnip for any tube fan — a 3D model of the future Bank tube station as it will be in around 2020.

Not a dystopian vision of a hellish London, but the heavenly result of four years of construction work to improve the area.

All this week, TfL have been holding a consultation on what to do with the warren of tunnels under the streets, and have had a few large display boards, several knowledgeable staff, and The Model, on display in St Mary Abchurch. 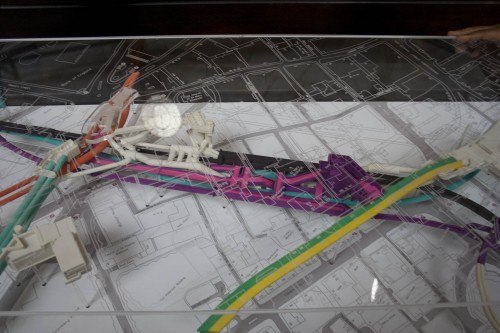 The new plans have been updated a bit on the last consultation a couple of years ago, and what is being shown off now is pretty much the final design.

Having looked at around 120 different options for the upgrade, it’s unlikely that they’ll make anymore more than tiny changes now. The public exhibition is therefore more of a box-ticking exercise to show that the public have been consulted. But I’d be shocked if the public come up with any ideas they haven’t already thought of.

The only likely change, and it’s not directly related to the works being planned is that the City of London is looking to pedestrianise some of the roads in the area. There might be an opportunity for some modifications to the existing station entrances as a result of that. 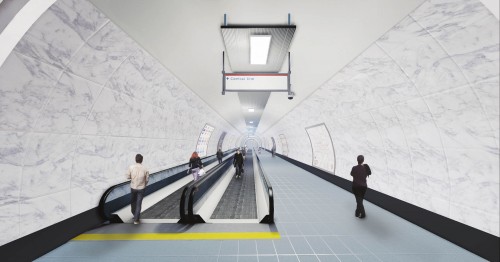 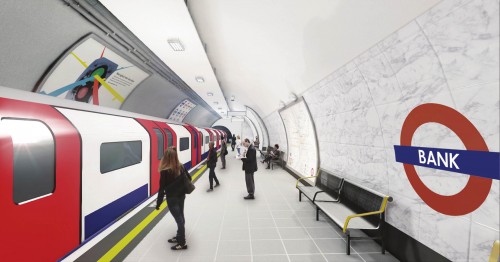 The two largest changes from the previous plans are the inclusion of a travolator linking the Central and Northern Lines to speed up the transfer, and the new entrance has flipped around to Cannon Street from the frankly, far too narrow King William Street.

They still plan to demolish the building on the site though, as they need it for the building works facilities during construction.

The station entrance is now also a lot smaller than the previous design would seem to have been, and although only a preliminary concept, the Cannon Street entrance is notable for not having a ticket window. Machine sales only. Which makes sense as by 2020, ticket sales would probably be nearly obsolete anyway.

Other developments over the past couple of years include the use of a new shaft to be dug down near the southern end of the site which will punch through to the old City and South London tunnels and provide tunnelling access for the rest of the site.

There had been murmurings a couple of years back that they might be able to use the old tunnels to run spoil down to the remains of the Jubilee Line extension site in South London. But that has turned out to be not such a good idea.

Most of the tunnelling will be by mechanical diggers and sprayed concrete — the site is too small and complex for a big sexy tunnel boring machine to work in.

If the plans go ahead — and why wouldn’t they — expect some core sample drilling to start around the area within the next few months.

Planning permissions will be filed next year, but approvals, and construction work are not expected until early 2016.

Construction will go on between April 2016 and April 2020. Then the Northern line closes for three months, and the new underground tunnels should be ready for the public in August 2020. It’ll take another year to build the new entrance on Cannon Street, as that would have been a building site until then.

It’s a long wait, but the scale of the works, and that they have to be done while the station is open means things can’t be hurried. Alas.

Even Diamond Geezer approves, which has to be the highest accolade available for London’s transport.

Before all that though, one small smidgen of improvements — as a new entrance for the Waterloo and City line will open towards the end of 2015.

It would be extremely churlish of me to point out that the tube map used in one of the computer images of the station in 2021 doesn’t include the Battersea extension of the Northern Line, or Crossrail on it. But that would be very petty-minded, so I won’t say anything about it. 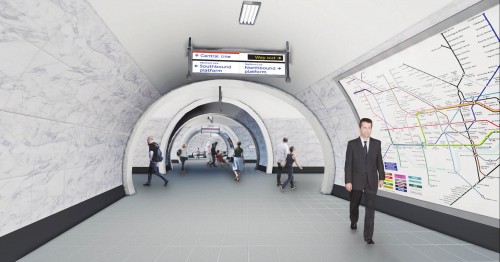 Of course, in addition to the display boards, which are largely copies of the graphics on their website, and the chance to ask questions — there is the 3D model to look at.

Incidentally, the 3D model was created using a 3D printer. I cannot imagine anything more likely to drive sales of 3D printer through the roof than TfL releasing a range of 3D model templates of their tube stations for London’s transport geeks to make in their homes. 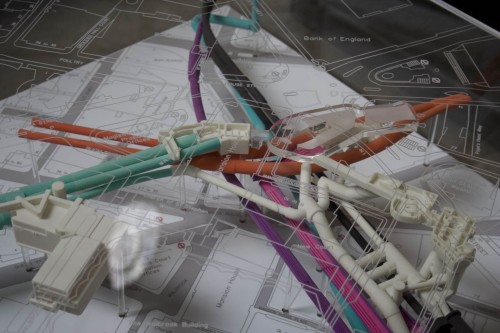 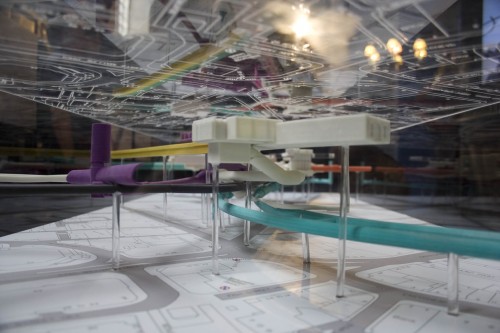 The exhibition is open until Friday evening at 7pm.

Oh, and I found out something interesting about the DLR. That’s for another day.