Described as being “remarkable for its tomb-like tranquillity” at the time, anyone visiting the area today might be surprised at the still staggering differences in the use of the land, from the glassy skyscrapers of Canary Wharf to the empty fields and woodlands walks that surround Mudchute City Farm. People passing through the area on the DLR might see empty streets, but won’t see the vast subterranean shopping centres, nor will they see the river paths or old dock houses that inhabit the centre of the Isle of Dogs. 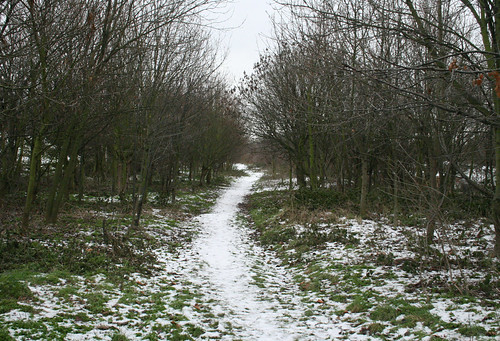 They were very keen to avoid a bus-based transport service, and the DLR which once snaked through empty wastelands is largely credited with encouraging employers to move to the area, and it undeniably defined the area aesthetically – as well as technologically with its amazing driverless trains. 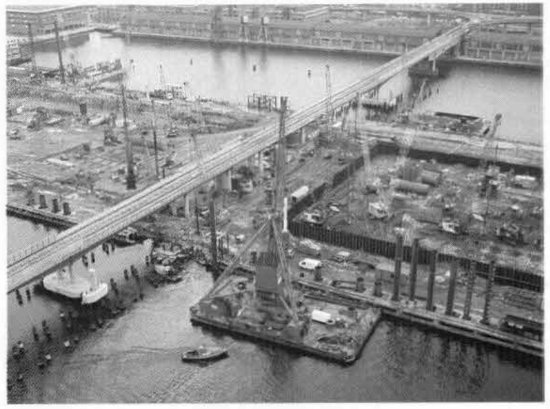 The DLR under construction in 1987 – from the LDDC Annual Report

Not all their ideas were so wise, and fortunately, the plans for the helicopter park and airship services were not carried out. 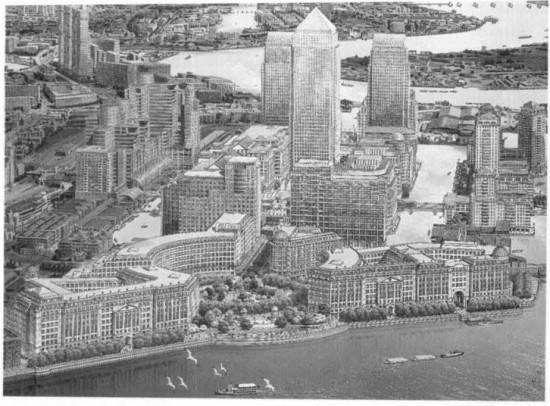 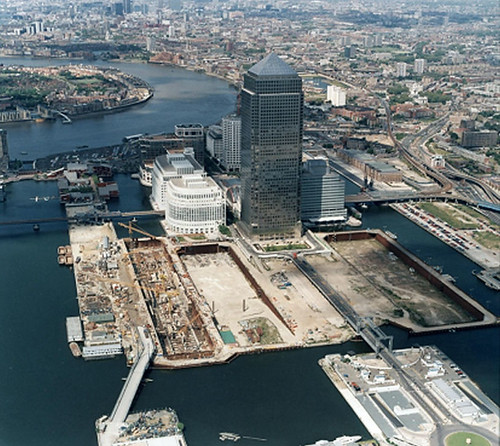 One thing I do like though, and it gives the area as a whole a very distinctive look – apart from the docks – is that most of the office blocks lack any shops on the ground floor. If you walk through most cities, the offices sit on top of shops, but not in Canary Wharf, where the aesthetic of the area is maintained from pavement to sky, unimpeded by garish signs for coffee and sandwiches.

All the shopping is underground – and dominated by coffee and sandwiches, and men’s shirts. Of course, hiding the shops underground is what leads to people passing through the area at weekends to claim it is abandoned and empty. Try looking underground, it is usually heaving with thousands of shoppers.

However, 30 years later and building work is still going on, the land is in places still derelict, and it will probably be another 20 years at least before we can say every single plot of 1970s wasteland has been turned into something else.

Whether that is a good thing or not, I leave it to you to ponder.