At some point in 1811 — the specific date has been frustratingly difficult to pin down — a new prison was opened in Southwark that despite its short life was to become notorious in literary history as the inspiration for one of Charles Dickens novels.

The New Marshalsea prison was built nearby a much older earlier prison of the same name which had been around since at least the beginning of the 14th century. The prison was originally not a site for prisoners in the conventional sense as it was named after a rather odd legal custom of the time.

In the early days, when the King travelled around the country, there was a Verge that surrounded him for a distance of 12 miles and any legal matters within the Verge were the responsibility of the Marshalsea Court.

As the King tended to spend a lot of time in London, a prison was needed to house people subject to the law of the Verge, and thus the Marshalsea prison in Southwark gained its nickname. 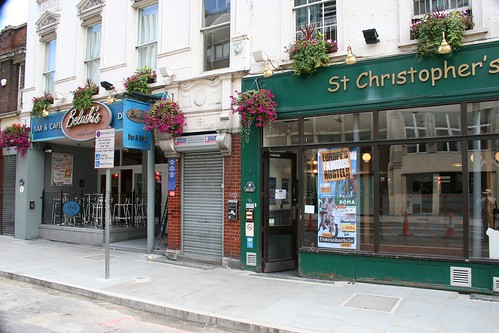 Site of the old Marshalsea Prison

The original Marshalsea Prison existed on a plot of land now occupied by 161 Borough High Street, but was falling into disrepair by 1799 and 200 years ago — in 1811 — a replacement prison opened slightly to the south, at what is now 211 Borough High Street.

Although the earlier prison had existed for well over 500 years, it is the later much shorter-lived prison that is remembered by most people, after Charles Dickens immortalised it in his novel, Little Dorrit which was based on his own early years there when his father was imprisoned as a debtor there. 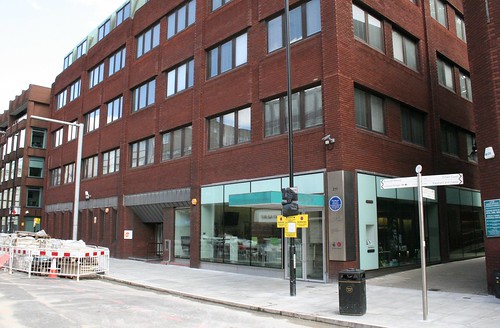 Site of the New Marshalsea Prison

It is a curiosity to our modern way of thinking about prisons, but richer people could if sent to prison, pay a fee to live locally instead of inside the prison itself – a form of early house arrest. Slightly further to the south of the Marshalsea prison was the King’s Bench Prison, which had a large area around it defined as subject to the Rules of the King’s Bench Prison, and where richer prisoners could take lodgings away from the squalor of the main building. 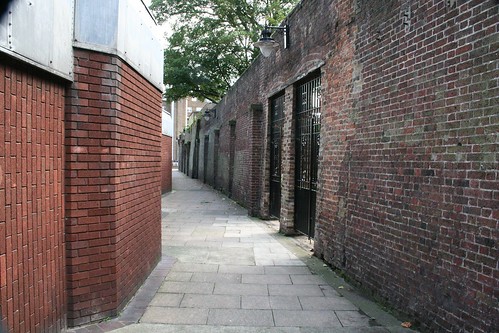 The alleyway with the old prison wall

The Marshalsea itself was closed by an Act of Parliament in 1842 and the lands sold off. All that remains of the new prison in the southern wall which is now preserved and a few years ago received a bit of a clean up and some memorial signs set up along the alleyway it borders.

There is nothing left of the original Marshalsea prison. 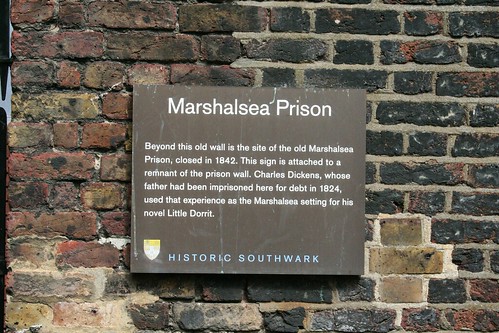 To find the remaining wall of the new prison, just head to Borough High Street, and when you get to the Library, just head into the alleyway.

With next year marking the 200th anniversary of the birth of Charles Dickens – expect Dickens mania to take over, and the alley to be a bit crowded with guided tours cashing in on the opportunity. 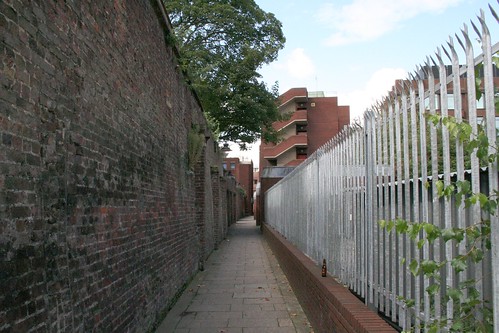