It was in fact the second time the station had been closed, the first, unsurprisingly, during WW2, but attempts to close the station had started almost as soon as it was built. For this station, and its shuttle service to Holborn was an unwanted runt left over from much grander plans for a whole new line that was never completed.

To understand what this weird little shuttle was doing here, we have to go back to 1899, when plans were approved for a tube line running from Alexandra Palace down to a location abut 30 metres to the north of the current station.

However, in 1901 the railway company was bought by the American investor, Charles Yerkes who already owned what was later to become the Picadilly line. He merged the two lines and planned an interchange at Holborn.

He also tried to extend the line southwards a little bit to meet up with Temple station, but the Duke of Norfolk owned the land and objected.

As the Strand end of the line was already starting to look a bit dubious, plans were made to build a spur from Picadilly Circus to the Strand, and further into the City of London.

This was rejected by Parliament, twice — but they did approve plans to move the Strand station from its planned location to the one it occupies today. That was mainly due to the demolition of most of the land between Strand and Holborn for the Kingsway redevelopment.

As it was expected to be the terminus of a much longer line, it had two platforms, capacity for six lifts — although only two were ever installed, and a number of side passages and exits that were designed to cope with the huge crowds of people who would use the line. It even had its own left-luggage office.

However, the company weren’t total idiots, although they built the station for huge numbers of passengers, they didn’t complete the fittings for all the tunnels — leaving some of them in their raw state, ready to be brought into use later. 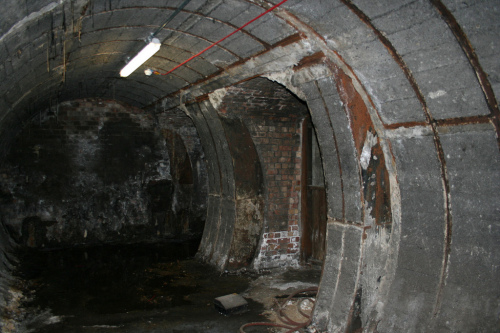 Indeed, initially it looked like it might be a success, as a year later, a special service running from Strand to Finsbury Park was inaugurated, for late night theatre-goers.

However, the northern extension of the line beyond Holborn never took place, leaving the shuttle and its grand station being that rare thing on public transport — too large for too few passengers.

In April 1917, the newly renamed Aldwych station stopped opening on Sundays. In October 1922 they closed the ticket office, and started selling tickets in the lifts (so closing ticket offices is not a new thing!).

Things livened up a bit in 1927, when a home-made bomb exploded in the toilets. The Times news report noted that even then, the station was the quietest on the entire Underground network, although traffic picked up markedly over the next few days, as people came to see if any damage was visible — it wasn’t.

An attempt to close the station took place in 1958, but a compromise saw it stay open, but with just peak hour services and a limited service on Saturdays. In 1962 the Saturday service was cancelled, leaving it as just a Mon-Fri morning and evening service. 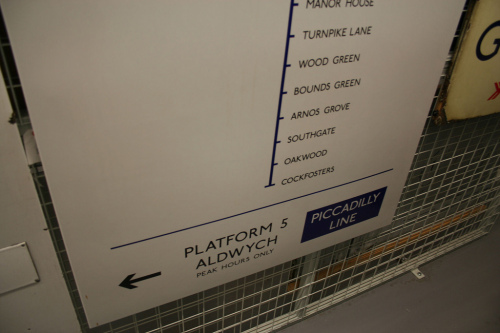 During it’s life, there were plans to try and do something with the shuttle line — including in 1919 and 1948 plans to extend it down to Waterloo. When the Jubilee line was constructed in the 1970s, the tunnels ran towards Aldwych from Charing Cross, but stopped short of meeting the station, which would have become an interchange.

Note, the Picadilly line tunnels face north/south, so the Jubilee line would have had its own platforms, turning a little used station into a major hub. The Jubilee line obviously ended up heading elsewhere in the end, and the Charing Cross bit closed off.

Before anyone mentions it — the end of the tunnels are a solid plug of concrete. There’s nothing else down there.

Anyway, when in 1993, it was decided that the lifts needed replacing, the station’s fate was sealed. To spend £3 million in new lifts that would be used by just 450 people per day was never going to be approved. 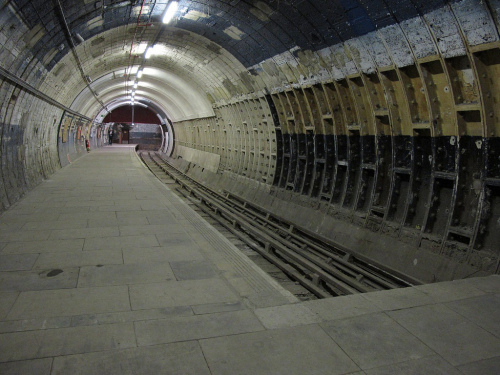 Curiously, the station sometimes sees more people today than it ever did as a working station — as it is used by London Underground as a training site, and the older of the two platforms is used to test new equipment.

And of course, the now semi-regular openings by the Transport Museum for tours, which are eagerly snapped up. It’s only been closed for 20 years, but as it was hardly ever used when open, and hasn’t been modernised, it offers a rare glimpse into how tube stations looked in the past.

Even if most of the posters on the walls are modern fakes from film crews. 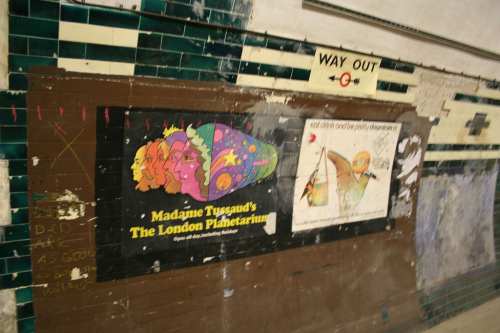