Earlier today, the media were shown a working Elizabeth line train, currently being tested at Bombardier’s facility in Derby. 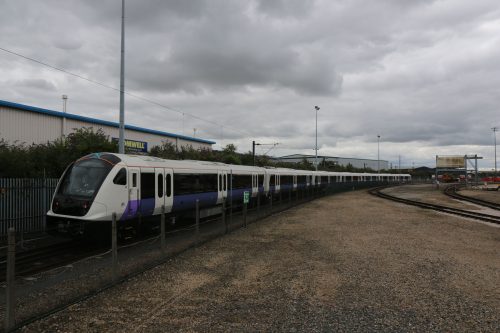 With news hounds from overseas as well as local indicting how much interest London’s new railway is causing, it was a chance to see the first train in action, and inside what is still a test unit.

As it’s the test train, the interiors are fitted out in test colours, so the moquette is not the final version, which will be more purple in design. Also, some of the interior fittings are not in their final design, but this was an early chance to see inside the Elizabeth line trains that will come into service in just 10 months time.

In total, 66 of the 9-carriage trains have been ordered, with an option for 18 more later.

The nine carriage, 200 metre-long trains, each are able to carry up to 1,500 people, will be introduced from May 2018, initially between Heathrow and Paddington. 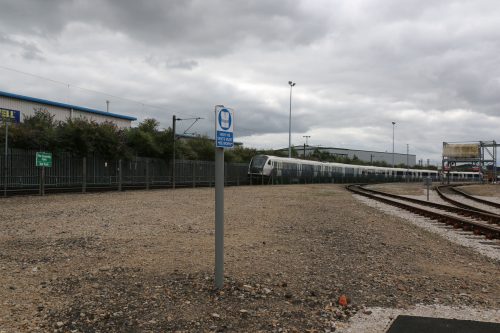 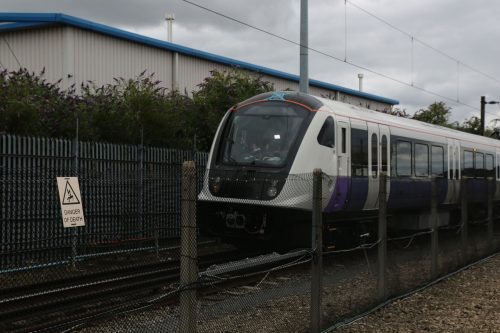 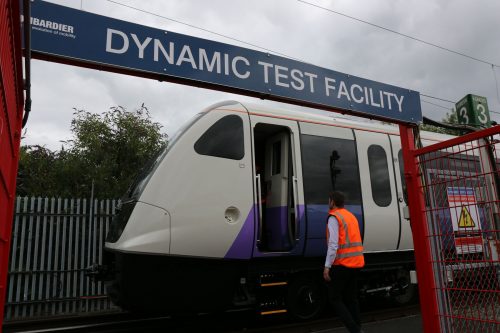 Not a future station name 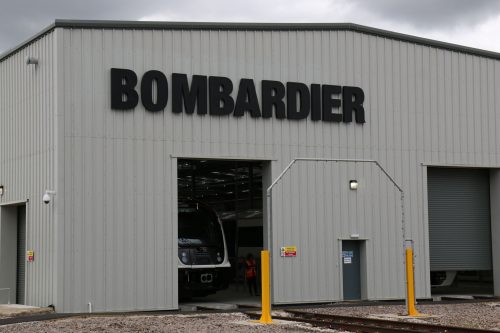 A second train peeks out of the new fit-out shed 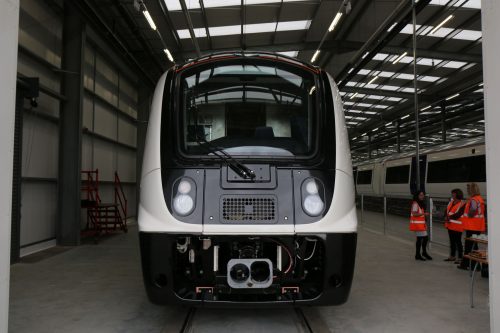 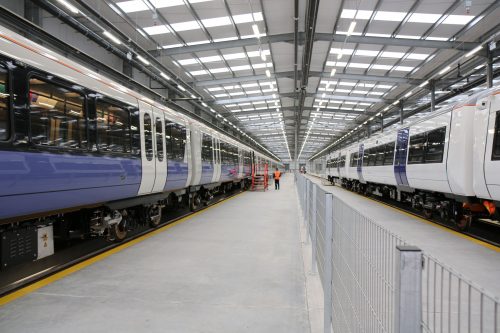 Inside the fit-out shed 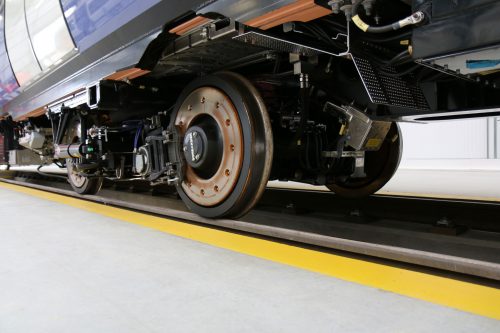 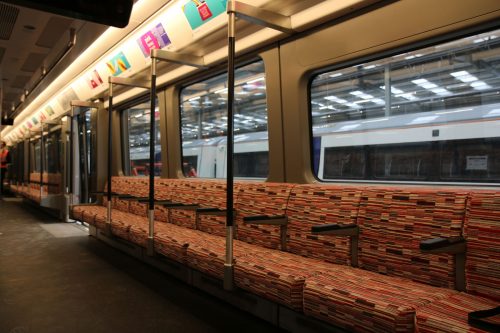 First look at the interior 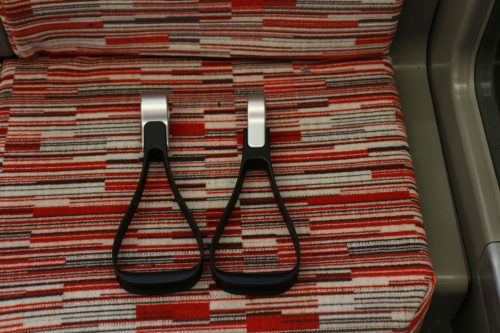 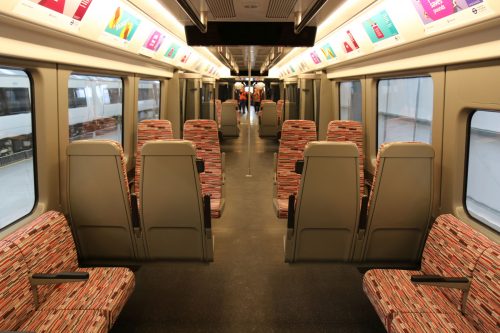 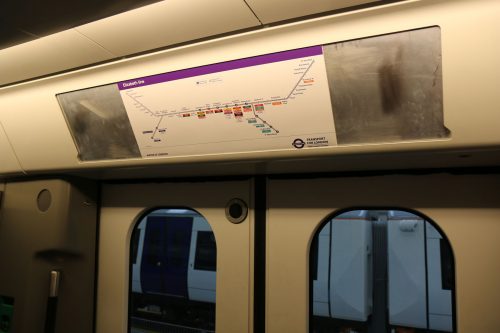 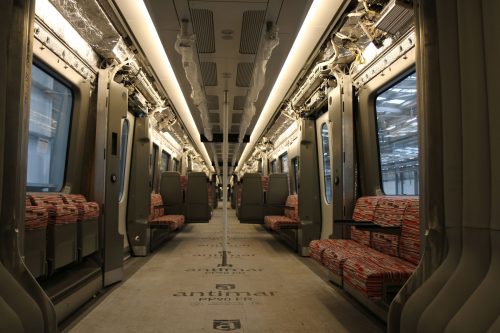 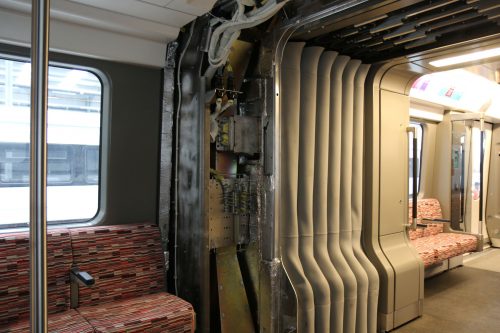 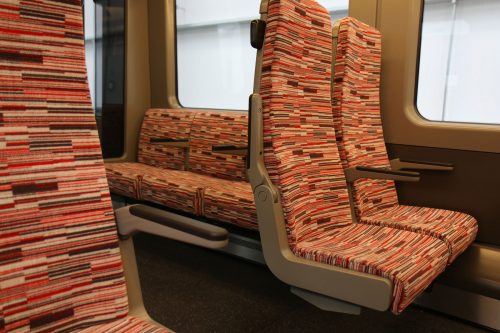 Note the fold-up armrests, and the two different designs for armrest. 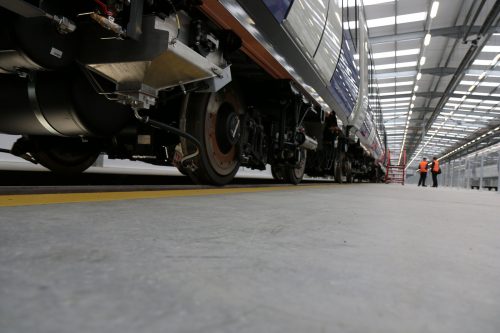 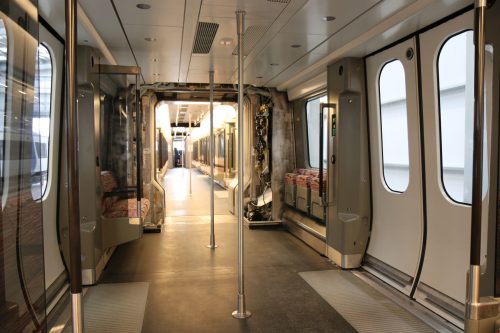 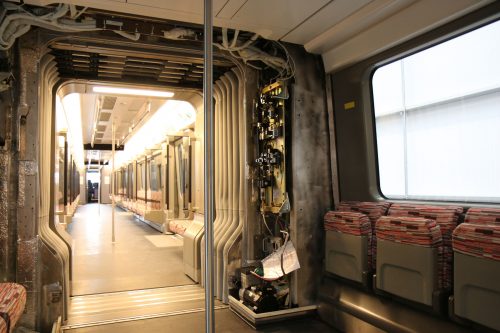 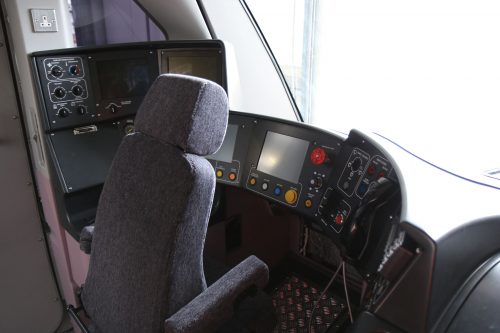 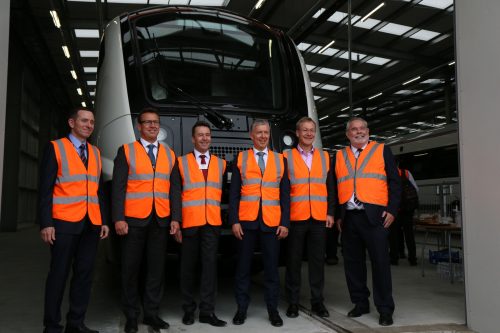 The bosses line up.