On this day 150 years ago, Southwark Park was born. Or at least, the government approved the law that was to see the park created, as a recreational space for local dockworkers in Rotherhithe and Deptford.

Passed into law on the 28th April 1864, it was however to take until June 1869 before the farmland in the area would be suitably laid out as a Victorian park.

The space the park took over was used for a nursery farm, and owned by the redoubtable sounding Field Marshall Sir William Gomm GCB. It took a year to negotiate the sale of the land, and then another year to settle the tenancies on the land.

Also, while at first, the act proposed that 130 acres of land were to be purchased, in the end just 63 acres were secured.

At the opening ceremony, the Illustrated London News noted that the streets around the area had a very gay aspect with flags and bunting. And, in spite of the inclement weather, most of the assembled were described as the working class, who had put on their best attire for the occasion. 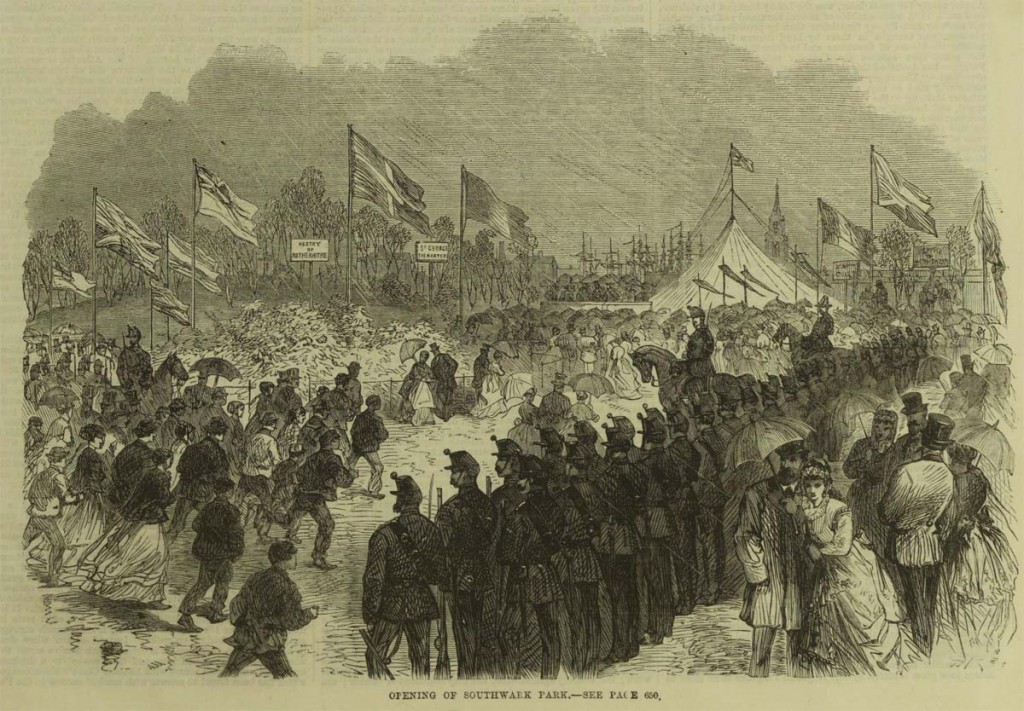 The park almost didn’t last much longer in its new state, as by 1870 the Metropolitan Board of Works was eying 16 acres of the parkland for redevelopment to fund the cost of buying the rest of the park in the first place.

The Board of Works was well within its rights to do that, as it was clearly stated in the original act that funding was to come from developments. The cost came to £95,162 11 shillings and 3 pence.

This was vigorously opposed, but the law was the law.

The bulk of the park survived though, and obviously is still there to this day, 150 years later.