£12.50 War and Peacekeeping: An Evening with Martin Bell and Kate Adie
Martin Bell reflects with distinguished journalist, correspondent and good friend Kate Adie on his sixty years as a soldier, reporter and UNICEF ambassador. 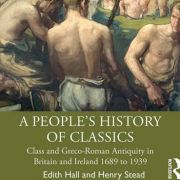 Free The Growth Mindset and the Abundance Mentality
This talk will explore the “growth mindset”, the evidence-based view that talents are developed rather than genetic.

£15.00 Medicinal Plants
In this talk, ecologist and medical herbalist Michael Holland explores the history of medicinal plants shedding light on what plants you can use at home to create your own, safe remedies.

£8.00 Monthly open day at the Kirkaldy Testing Museum
A monthly opening of the Victorian museum of industrial testing equipment.

Free Charles Dickens: The Last Decade
This lecture explores the contrast between the public image and the private life, considering what his writings reveal to us about his deepest preoccupations, both as man and as artist, during this period.

Barbican
£15.00 Lecture: In Conversation: Henbury Hall
A talk about Henbury Hall, Cheshire, one of the finest classical houses of the late 20th century.

Free William And Mary: The Court Divided
Mostly ignored by English historians, these houses are the key to understanding the style that we now know as William and Mary, and its impact on England. 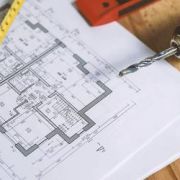 Free 'People’s History of the East End Canal’ talk by Carolyn Clark
The talk will show what it was like to live by, work on the canal and work in the industries that lined the waterway running through Hackney and Tower Hamlets.

£10.00 Viral Satire in Dr Johnson’s London
In this lecture Dr Paddy Bullard, editor of The Oxford Handbook of Eighteenth-Century Satire, asks what we can learn from the triumphs and failures of an older generation of satirists for our own fractious age.

£5.00 1940: contextualising Britain's military disasters
In this talk, Jonathan Fennell discusses the downward fortunes of the British Army during the first three years of the Second World War, placing this in the context of Britain’s military withdrawal from Europe in May 1940.

£12.00 Open day at the House of Dreams
Occasional open day of the eclectically designed home of artist, Stephen Wright.

£5.00 Architecture and power: Pennethorne's London
In this talk, Geoffrey Tyack will showcase a selection of Pennethorne’s designs to illustrate architecture in the Victorian era.

Free UCL Humanitarian Summit: Climate Change and Launch of the COP
Join us for an exciting one-day conference to hear experts from across UCL explore the impact of climate issues on humanitarian crises and present findings from new research. 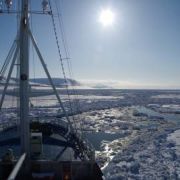 Free Is Populism a Threat to Democracy?
In this lecture, Sir Richard Evans, Provost of Gresham College, discusses the different varieties of populism, asks why it has become such a prominent feature of contemporary political life, and considers how far it is a threat to liberal democracy.

Barbican
£15.00 Lecture: The Fringe, Frog and Tassel-Maker in Georgian London
Robert Campbell listed the fringe, frog and tassel-maker in The London Tradesman (1747) as one of the dependants of the gold and silver laceman, which could be a lucrative trade ‘if not initiated into the Mystery of Gin-Drinking’.

£5.00 Stealing from the Saracens: How Islamic Architecture Shaped Europe
A revealing history of Islamic architecture’s influence on Europe’s cathedrals, palaces and public buildings.

£15.00 Le Corbusier and Nature
This talk will be hosted in the Hampstead residence of Brutalist architect, Erno Goldfiner, where hear historian Tim Benton will reveal how nature played an important role in the creative direction of Le Corbusier's work.

£10.00 1970: 'We've only just begun'
In this illustrated talk, Mark Dunton takes you through the year 1970, fifty years on, a year which saw the election of Edward Heath’s Conservative Government, a bizarre episode involving Bobby Moore, and an upsurge in terrorism.

£5.00 Caribbean connections
This talk will be delivered by Guy Grannum (Tracing Your Caribbean Ancestors), who has been writing and speaking about Caribbean heritage and family history for over 25 years.

Free Celebrating St John’s Day
The Museum of the Order of St John will open the doors to its historic rooms, Church and crypt without the need to join a guided tour.

Free Visit My Mosque Day
Mosques up and down the country open their doors to the general public, all on the same day.

£7.50 Pipe Roll Society: Eleanor de Montfort, a rebel countess in Medieval England
In this talk, you will gain a detailed portrayal of the daily life of the countess and intimate insights into her personality, tastes and network drawn from original records held at The National Archives 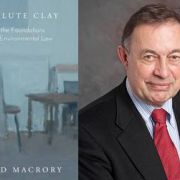 £10.00 Open day and steaming at the Crossness pumping station
Open days usually feature the restored engines in operation, a light railway trip, and walks around the Victorian buildings.

Free Monthly opening of St Augsutine's Tower
Discover the history of the building and climb the 135 stairs for the best view of Hackney.